At the 2014 Consumer Electronics Show (CES), voice recognition specialist Nuance unveiled Dragon Assistant, a voice-activated personal assistant for Intel-powered computers and laptops running Windows 8. It’s not as smart – or sexy – as Samantha from Spike Jonze’s Her, but it’s a start. 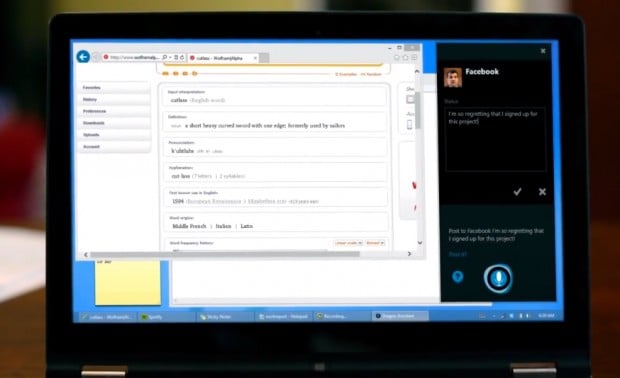 Dragon Assistant works a lot like Siri, Kinect and other voice-activated assistants. To start using it, you just have to say “Hey Dragon.” From that point you can then use everyday language to open applications, search online and of course dictate text. The program’s voice can be set to either “British Butler” or “American Female.” Aww man, no German Shepherd?

See that? Now we’re all Dragonborn. Nuance says Dragon Assistant is already available on various Acer, Dell, HP and Lenovo laptops, ultrabooks, tablets and all-in-one computers, with ASUS and Toshiba computers to follow suit this year. Like other voice assistants, you’ll need an Internet connection to use all of Dragon Assistant’s features, although it can still execute certain commands even when you’re offline. Check out the Dragon Assistant support page for more on that.

[via Nuance via Gear Diary]