One of my favorite TV shows is The Walking Dead. I’d be hard-pressed to choose my favorite character from the series, but Daryl Dixon is right up there. The dude uses a crossbow and is generally a bad-ass. I think the crossbow would be a great weapon in a zombie invasion; you can reuse the bolts if you can find them, and it’s virtually silent.

That means no gun shots for the other zombies to home in on. If you are a fan of Daryl Dixon, you might want to add this slick 10-inch action figure to your collection. The action figure is based on a 3D scan of actor Norman Reedus, who plays Dixon in the series. 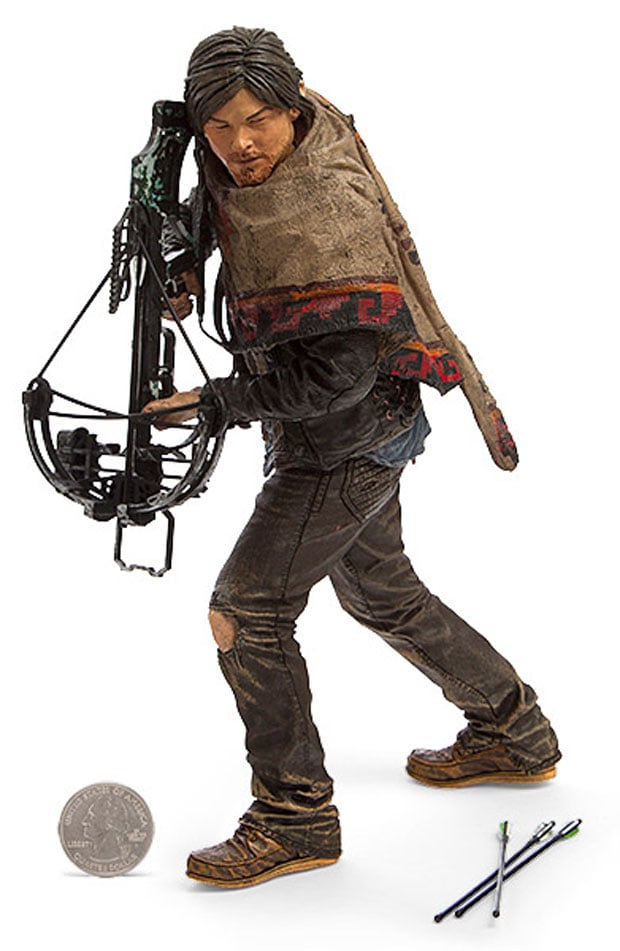 The action figure has the trusty crossbow, three tiny bolts, and a removable poncho. It even includes a hunting knife. It’s officially licensed by AMC and is available for $39.99 (USD) from ThinkGeek. The only thing missing is Daryl’s hog.

Screw Together Your Own NASA Space Shuttle
Advertisement