If you’ve ever found yourself in a room where you discover that the acoustic properties create a great echo, you’ve probably tried to see how long you can make the echo last. I’ve certainly found myself clapping my hands or yelling “Helooooooo” when I find a space like that. But I’ve never heard an echo that lasted more than a couple of seconds. Recently, a scientist managed to capture an echo which was an astounding 112 seconds long. 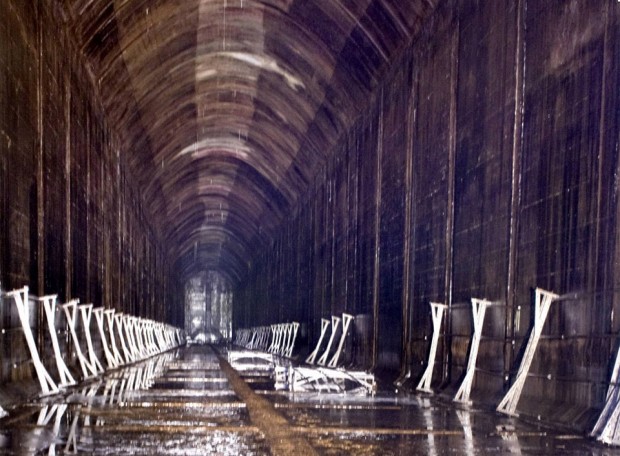 After finding out about a maze of abandoned WWII oil tanks under Scotland, Professor Trevor Cox decided to see just how long an echo could last in one of these massive 25.5 million liter tanks. Incredibly, after firing a gun in the chamber, he realized just how much reverberation was in the space, and captured this astounding sound clip. Keep in mind you’ll need to wear headphones and crank up the volume to hear much beyond about the 40 second mark.

The sound was captured by firing a pistol inside the solid rock chamber, and it seems to go on forever. The broadband spectrum sound lasts for 75 seconds, while the lowest frequencies lasted all the way out to 112 seconds.

But it wasn’t exactly easy for Professor Cox to make it happen. He first had to squeeze through a narrow 18-inch diameter oil pipe to get inside of the tank – not something that I’d be likely to try.

Guinness World Records has certified the 75 second record, which blew away the prior one – which stood at just 15 seconds.