Soon-to-be-Dad Wants the Internet to Name His Daughter

Would you name your daughter Cthulhu All-Spark? I wouldn’t. But Stephen McLaughlin might, because that’s the name the Internet has suggested and voted to the top for his soon-to-be-born daughter. 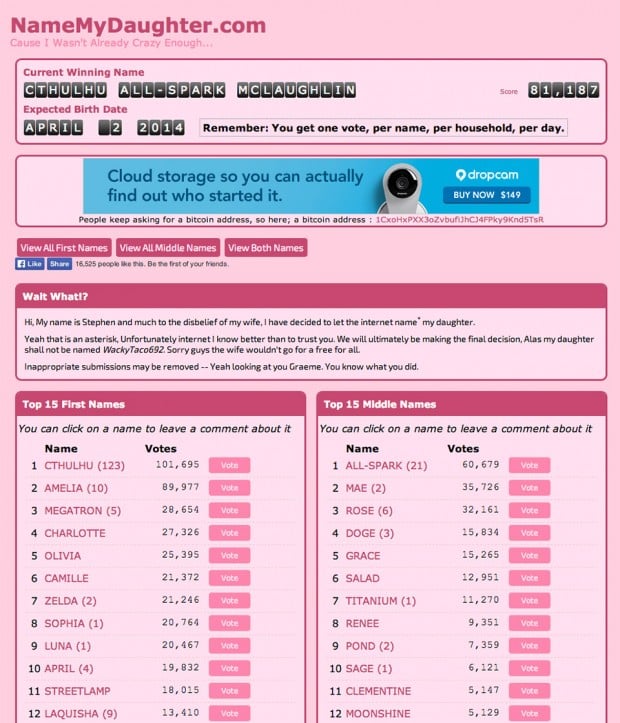 Perhaps the pressure to finding a good name on his own was too much. Maybe he just wanted to have a little fun and do something different in the naming process. It doesn’t matter what his reason is though, because his plight for a name has been heeded by legions of Internet users and trolls who are all too happy to suggest some decent (but mostly outrageous) names.

Got a few suggestions of your own? Head on over to NameMyDaughter.com and send them in! Maybe we can band together and prevent his unborn daughter from being saddled with such a name. Though it’s better than Megatron Doge McLaughlin or Streetlamp Moonshine McLaughlin, I suppose.