I’m a big fan of Star Trek, but I actually must admit I only watched a few episodes of Deep Space Nine. I think I was too busy watching The Next Generation and Voyager at the time, and that was enough for me. But even if I’m no expert at DS9, I can certainly recognize their space station in an instant.

If you’re a big fan of Captain Sisko and his crew, you might just want to decorate your room with this Deep Space Nine wall clock. 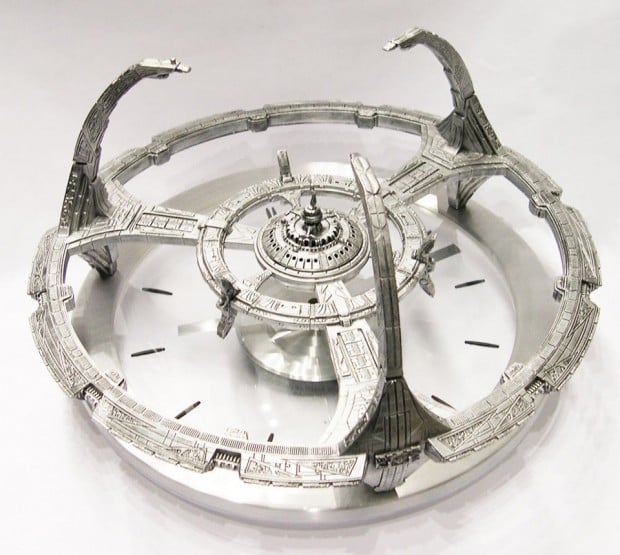 The clock started out as a rare Star Trek toy, and was converted into a clock by Etsy seller YOUgNeek. The underlying clock mechanism is a Sterling and Noble clock, with silver hands that match the painted ship perfectly. Unfortunately, you have to try and read the clock hands behind the ship – I was really hoping the entire ship turned to form the hands of the clock. 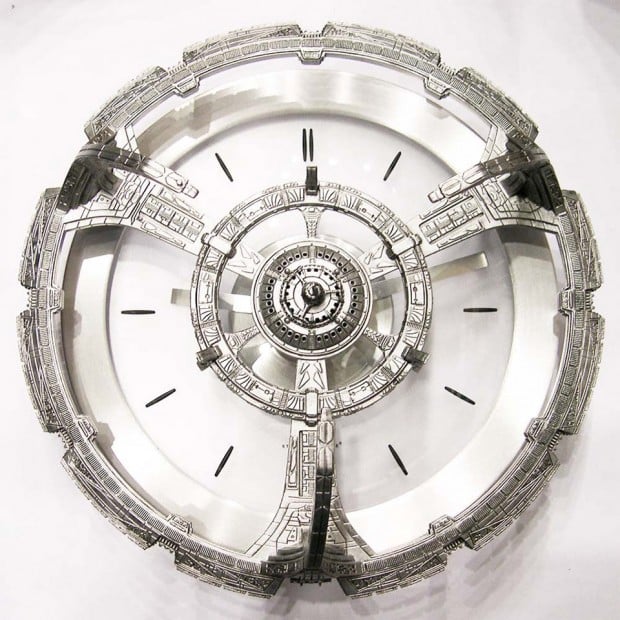 Either way, it’s a pretty cool addition to any DS9 fanatic’s collection. It’s available for $199.99(USD) over on Etsy. Perhaps you trade some dilithium crystals with Quark and he’ll sell you one.