I’m probably dating myself by saying that two of my passions are Ford Mustangs and pinball machines, but I don’t care. Clearly, there’s a market for old fogies like me, or else Ford and Stern Pinball wouldn’t be teaming up to create a series of Mustang-themed pinball machines. 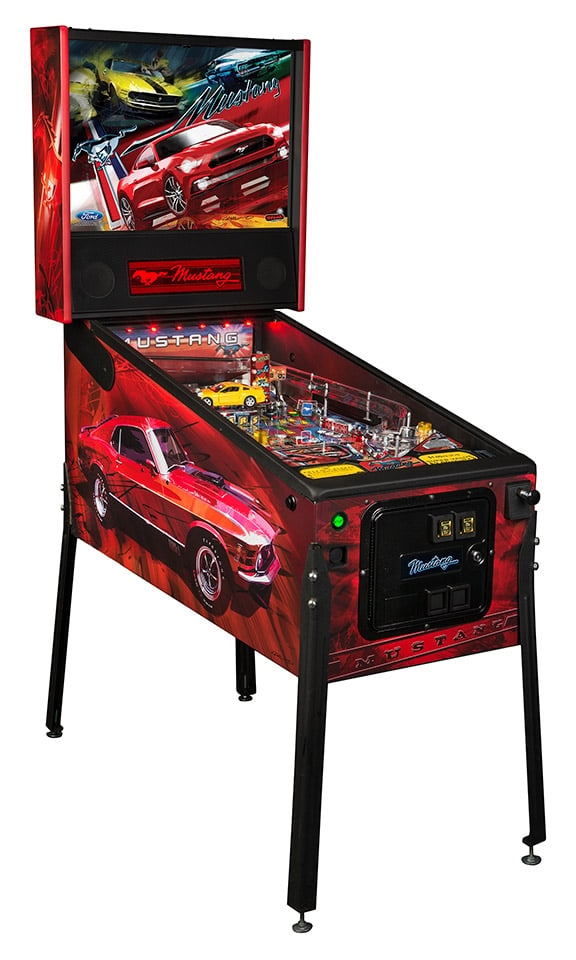 In celebration of the 50th anniversary of the Mustang, Stern is releasing special pinball machines to honor America’s classic pony car. 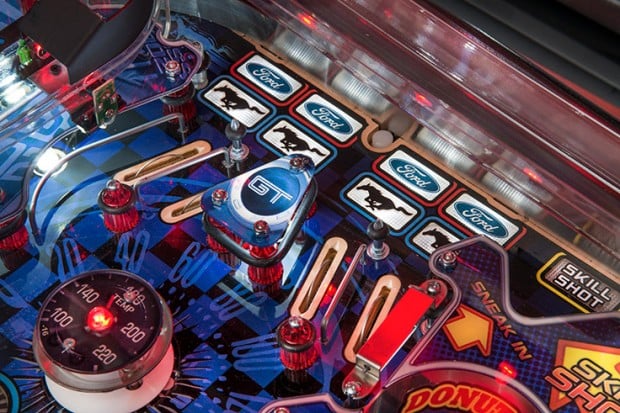 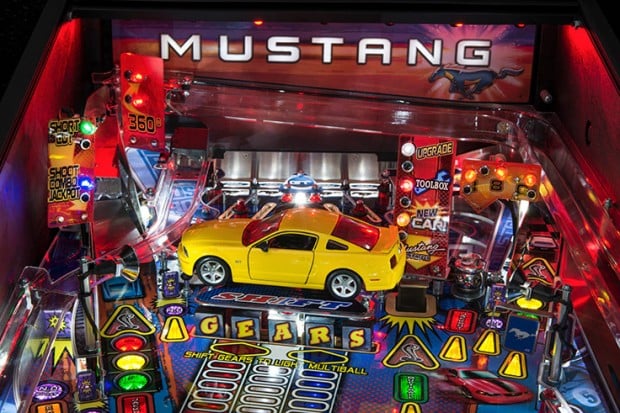 There will be three variants of the machine, one which celebrates Mustang heritage, a premium game featuring the Boss 302, Boss 351 and Boss 429, and a limited edition machine which pays homage to both the 1964-1/2 original ‘stang and the shiny new 2015 model. 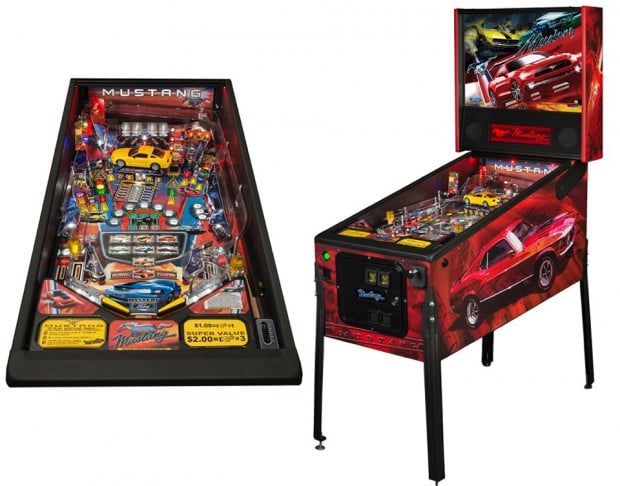 If you happen to be fortunate enough to be headed to the Chicago Auto Show this month, you might even get a chance to play the machines in person.

The Mustang Pro pinball machine is in production now, and can be ordered from Stern Pinball.

Interestingly enough, this isn’t the first time there was a Mustang pinball machine. That honor goes Chicago Coin Company, who created a Mustang game all the way back in 1964, the year the Mustang was first revealed.