Check out this massive AT-AT walker that doubles as a sled. It wasn’t built by the Empire, which is why it isn’t the size of a skyscraper. Doug Brewbaker, Garret Geiger, and James Groves spent 70 hours building this amazing seven-foot, eight-inch tall AT-AT Walker sled. 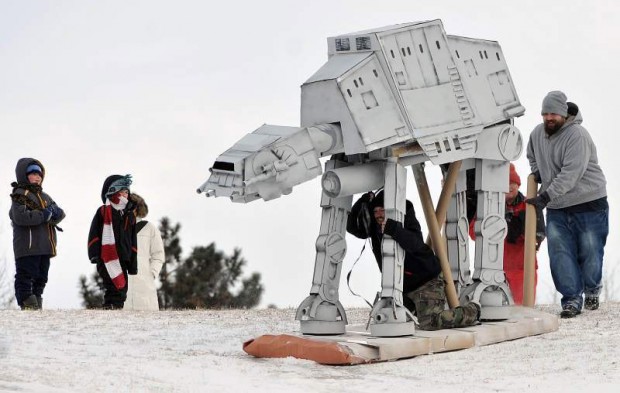 This incredible beast was made out of only cardboard, paper, glue, tape, and paint. This huge four-legged sled went up against 50 other competitors at the 8th Annual Cardboard Classic in Lansing, Michigan on January 25th, 2014. 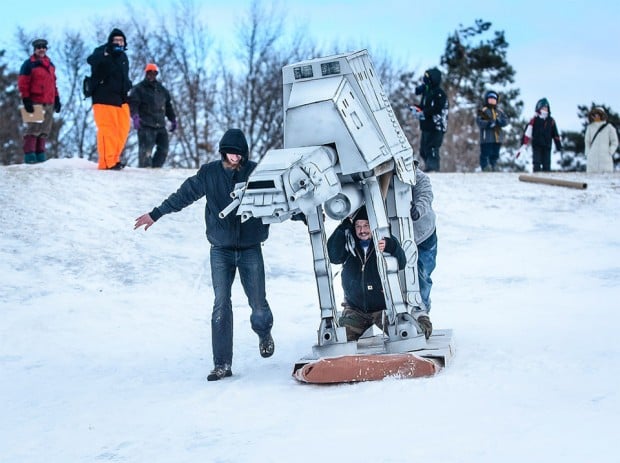 Unfortunately its journey only lasted about 15 seconds as it descended down a hill. I suspect it was a snowspeeder with a tow cable that took it down.