Full-Size TARDIS Replica Made from Cardboard

The Doctor Who merchandising machine has reached down bestowed us with yet another piece of swag. A new product is coming your way that is really cool and reminds me a bit of the box forts we made as kids. Rather than having to get out the markers and a steak knife to customize your own cardboard creation, all you have to do is put this one together. 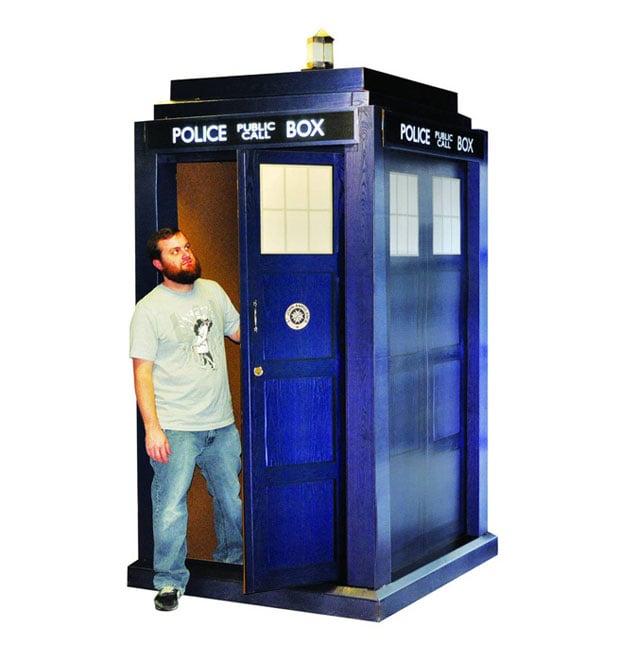 The finished product is a life-size TARDIS replica. According to the product description, the cardboard TARDIS measures 55″ square and stands 180″ tall. That second dimension doesn’t sound right though. That would make the guy in the picture a 10-foot-tall giant. Also, this TARDIS isn’t any bigger on the inside. It’s exactly as it looks on the outside – minus the thickness of the cardboard.

You can pre-order the cardboard contraption from Urban-Collector for $224.99(USD). The estimated release for the cardboard TARDIS is May 2014. This would go very well with your TARDIS cat condo.