Sideshow Collectibles will release two Xenomorph busts this year. Both the Big Chap and the Alien Warrior will be in “Legendary Scale”, the toy maker’s term for 1:2 scale. Unless we’re talking about a Super Tengen Toppa Gurren Lagann scale model, I refuse to call anything that’s half the size of the original “Legendary”. That said, these busts are freakin’ scary. 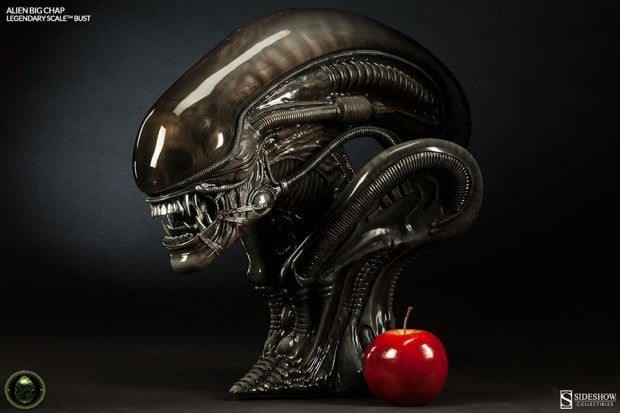 Come on Sideshow, use a banana. Get with the program. The Big Chap is 14″ high and has its trademark slimy shine, semi-translucent head and French kiss-ready mouths. It also bears a relief of a xenomorph egg and a facehugger at the back of its base. It also comes with a plate that bears the Alien movie title in its stylized font. 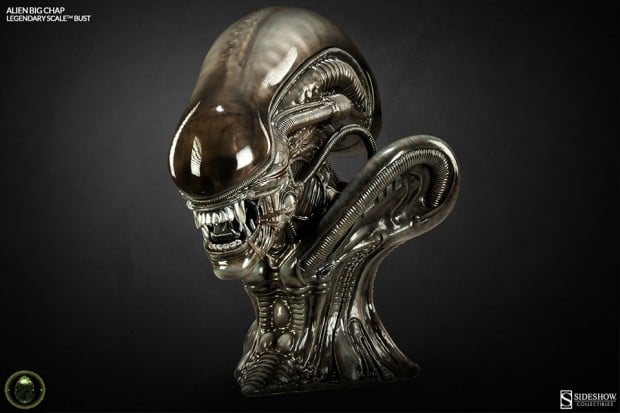 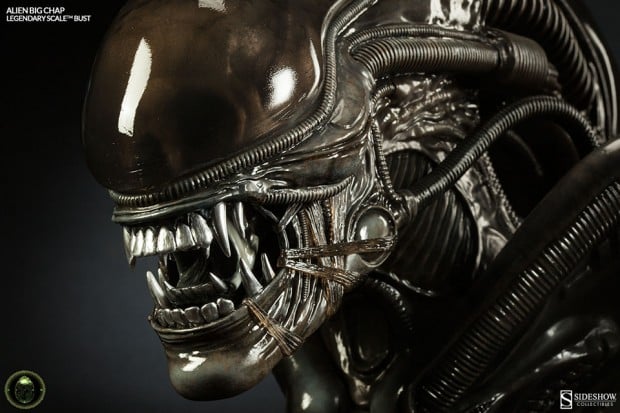 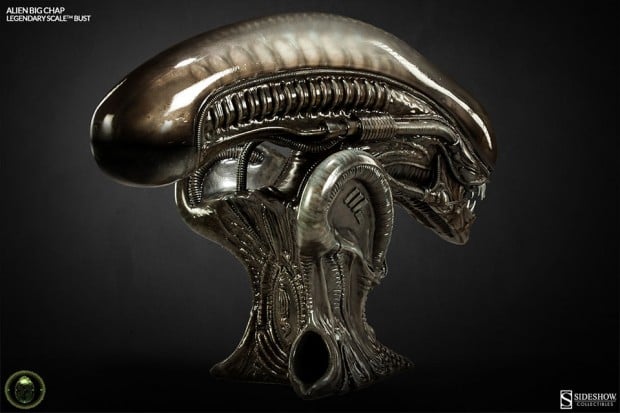 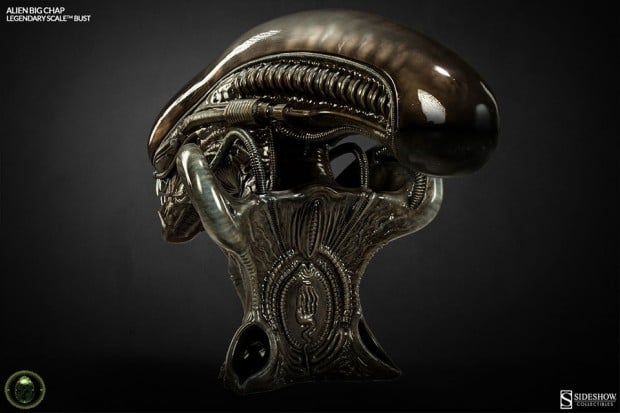 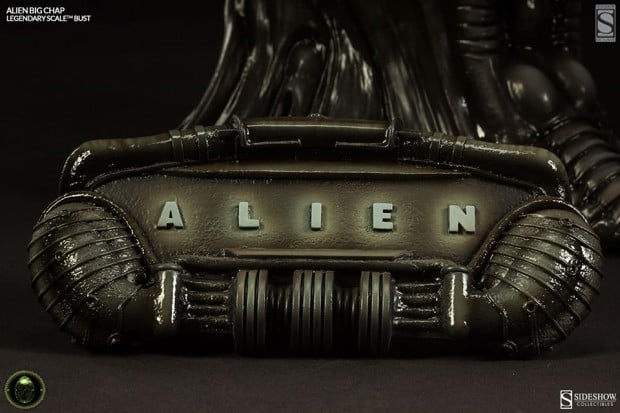 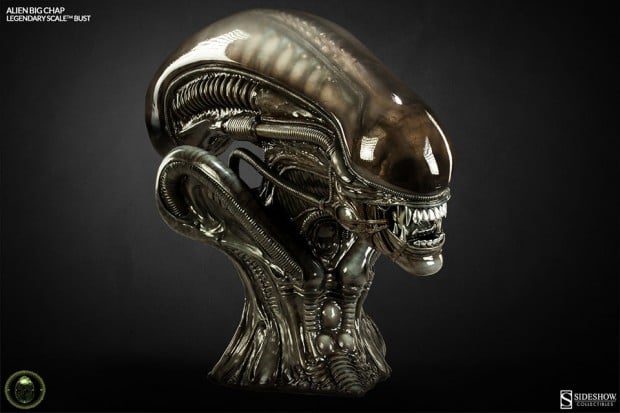 The Alien Warrior is not as slimy or imposing as the Big Chap and has its distinctive ridges. Its bust also has an egg and facehugger relief has an Aliens film plate. 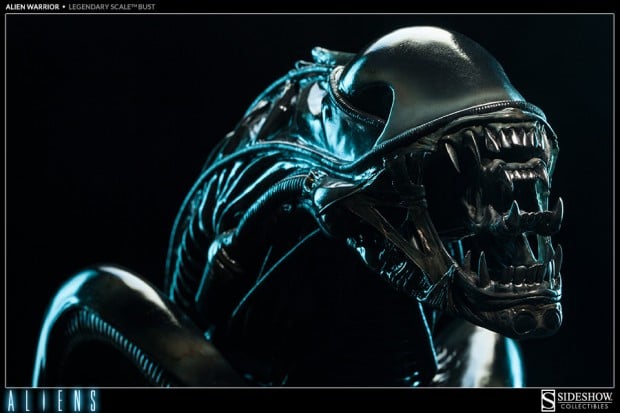 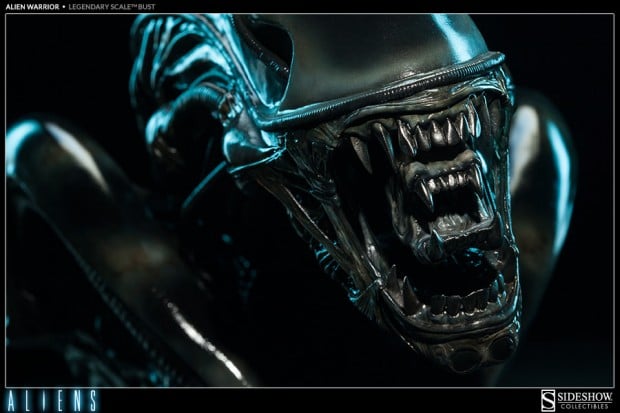 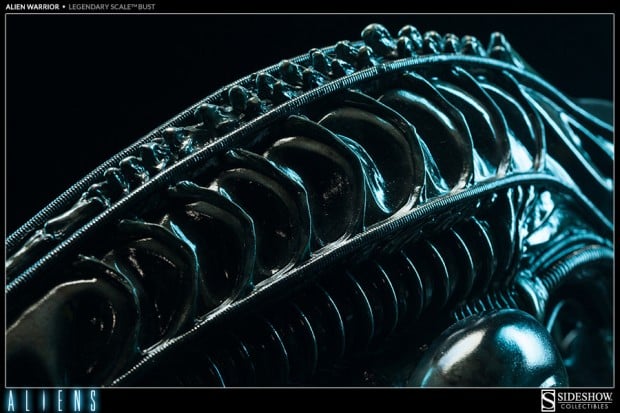 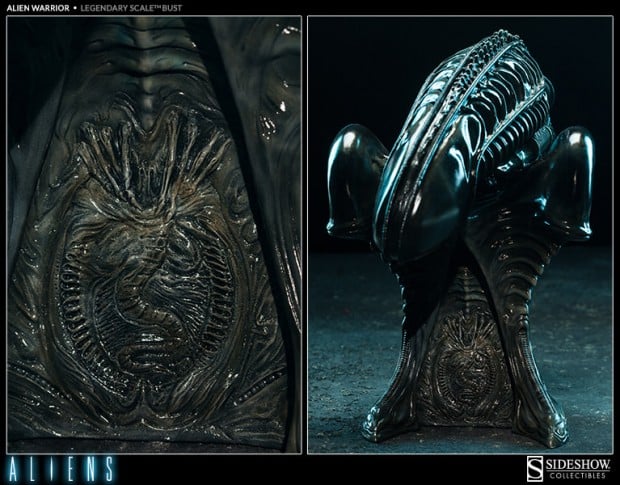 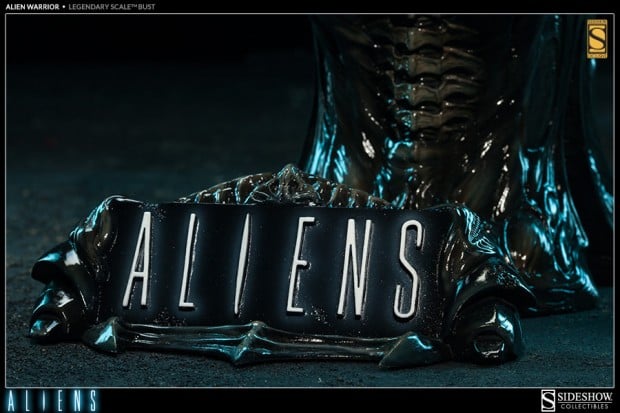 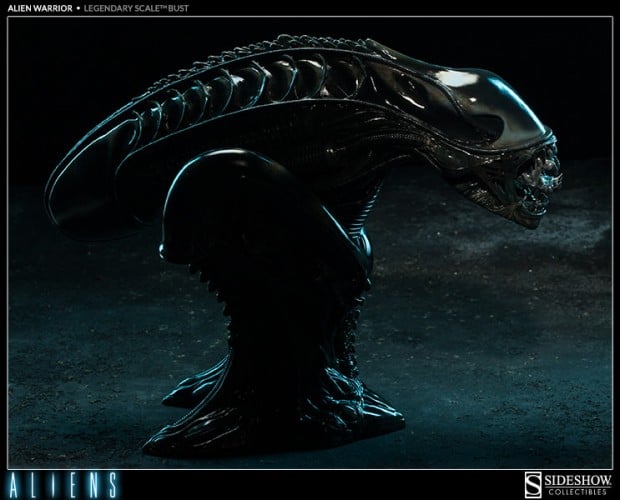 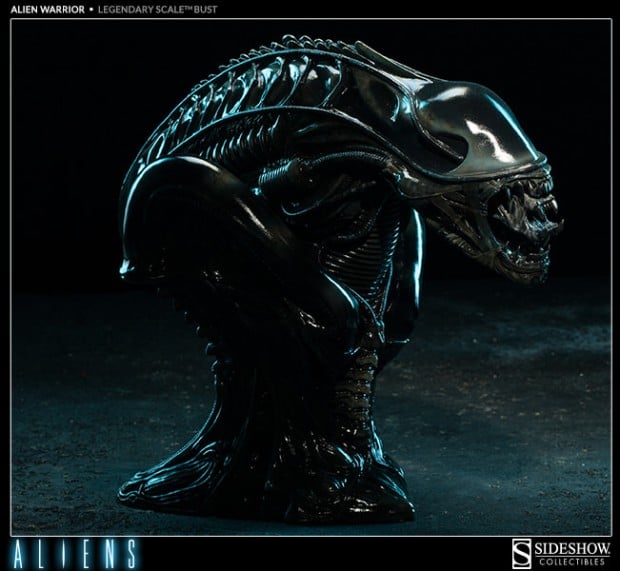