Watch out Clapper; there’s a new switch in town. iOn is a capacitive switch that lets you toggle lights and other devices simply by waving your hand in front of it. You can even extend the switch’s coverage or hide it altogether by putting a conductive object on top of it. 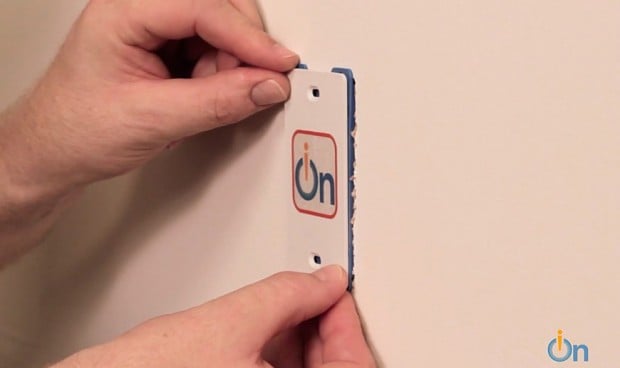 Like most smartphone touchscreens, iOn uses capacitive sensing to work. Think of it as a much simpler theremin. Aside from waving your hand to toggle a device on or off,  you can also keep your hand in front of iOn to gradually dim or brighten a light source. Apparently you’ll also be able to control the switch via a mobile app. Finally, as I said earlier, you can also turn a conductive object into a switch by placing it on top of the iOn. iOn fits over standard US switch boxes and can replace most mechanical switches out of the box.

Wave to your browser and pledge at least $40 (USD) on Kickstarter to get an iOn switch as a reward. The switch is both practical and cool, but I hope it doesn’t consume a lot of electricity, or at least has a power saving mode.