If you have a thing about people taking your picture – whether it’s discretely or with your knowledge – then you might want to get one of these Justice Caps. 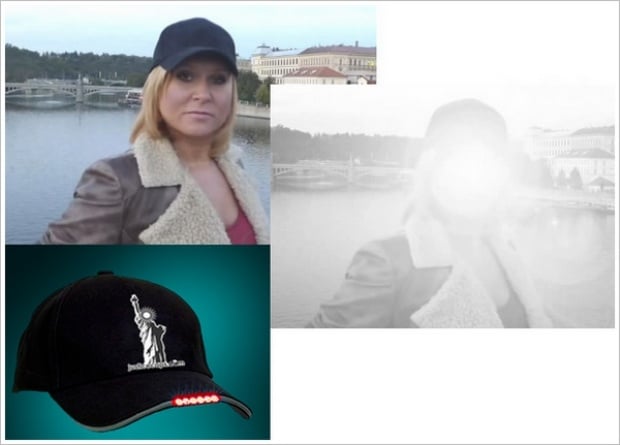 They look like your average ball cap, except for the fact that they’ve got a strip of high-powered LEDs on the visor. And it’s this strip of LEDs that makes all the difference, as they virtually black out your face from digital cameras and facial recognition systems. They work best in low-level lighting environments, such as when you’re in a club or outdoors when it’s dark out. That said, they won’t do much for you in broad daylight, although they may still conceal part of your face.