We can’t enter the digital world like the Flynns did just yet, but thanks to the Oculus Rift, you may be able to experience what it’s like to duke it out in a light cycle. Custom video game machine maker Luis Sobral aka The Arcade Man made an arcade game featuring Tron’s famous vehicles based on the virtual reality headset. 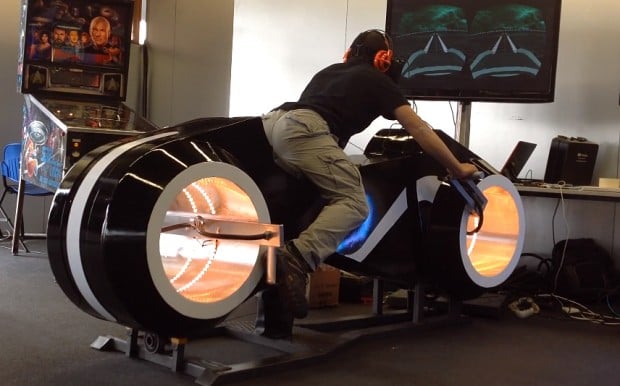 Luis calls his project RiftCycles, a game where players take part in an “immersive virtual reality light cycle battle, fighting in an arena with their bikes until “deresolution”.” To make the experience more authentic, Luis also built two light cycle models out of cardboard and metal for players to ride on.

Watch out for CLU and head to Luis’ website for more on RiftCycles.