Now the circle is complete. A few weeks ago we told you about Rodger Cleye’s amazing X-Wing Tri-rotor. Now he is back with an Advanced X1 TIE Fighter quadcopter. Can a Death Star chase featuring these two ships be far behind? 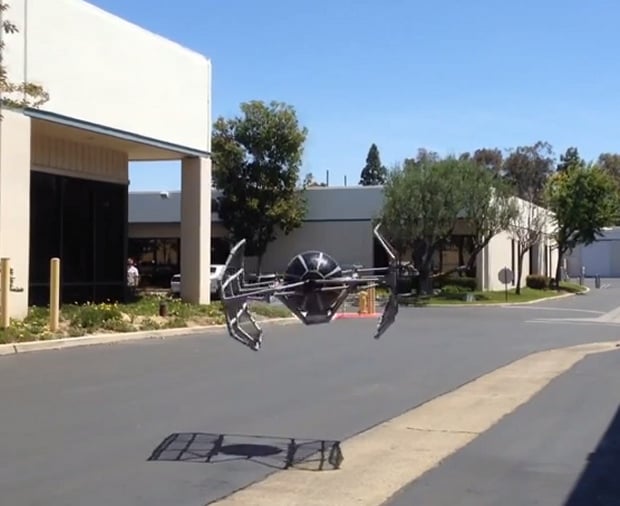 Vader would be so proud. Rodger built his TIE Fighter to compliment his X-Wing and it uses the same propulsion system as his Marty McFly project. The frame is constructed with PVC again and each motor outputs about 1HP, since it pretty heavy.

He says that as soon as he trains another pilot, he will try to get footage of the “the chase”. What about the Falcon swooping in at the end? I don’t wanna sound greedy, but… let’s be screen accurate, Rodger.