Growing up we had a local TV station that played all sorts of retro TV series that I would watch when I got bored during Summer vacation. One of those shows was the Munsters, which I rather liked. Another was The Addams Family, which I found creepily disturbing for some reason. 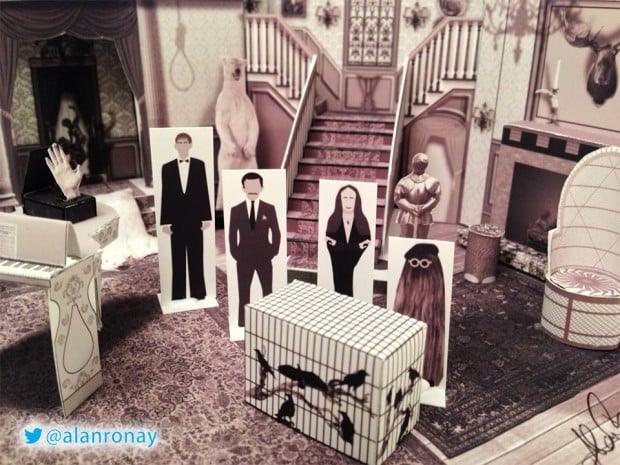 If you are a fan of the show, artist Alan Ronay has built a papercraft reconstruction of the house, and it’s pretty cool. The model includes Gomez, Morticia, Lurch, Cousin Itt, and Thing too. That hand creeped me out because it reminded me of that old Michael Caine flick “The Hand.” I was convinced it was going to start choking people at any moment. 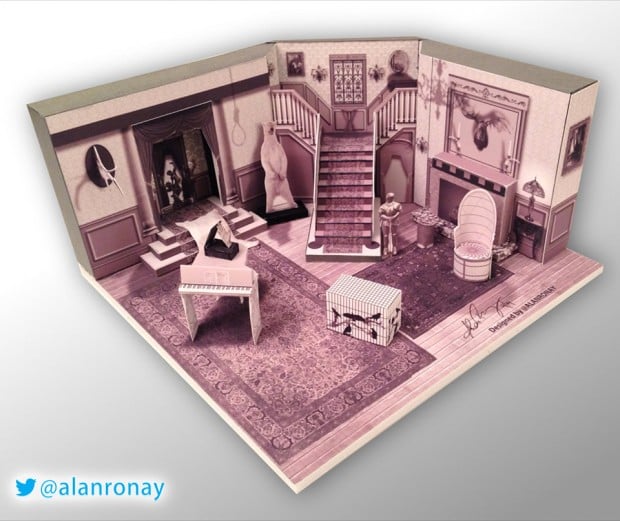 Many of the memorable features of the show are included, including Pierre the moose, Cousin Farouk, and if you look closely at the top of the stairs, you’ll see the shadow of Kitty Kat, the family lion. 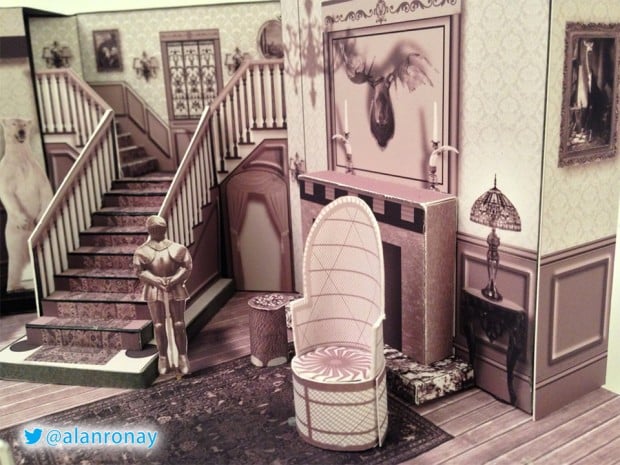 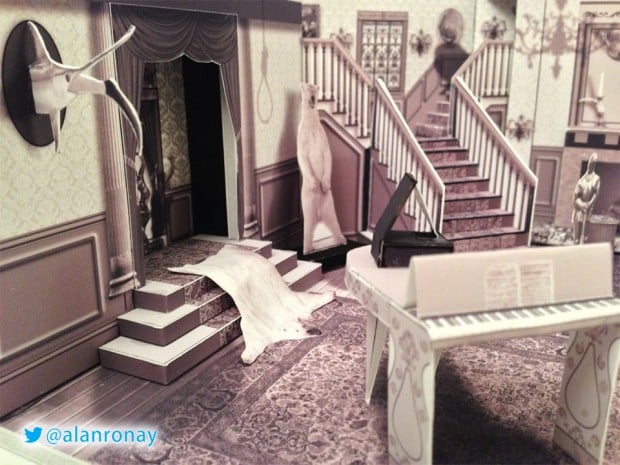 The completed model sells for $345(USD) at Alan’s Etsy store, but if you have the patience and time, you can also purchase the DIY template for just $7.95.