Godzilla Anatomical Infographic Reveals He Has Heart… 100 Tons of It

I took my son to see Godzilla this weekend and came out of the theater feeling a bit meh about the movie. It reminded me a bit of Cloverfield in the way it was filmed in the city scenes. I sat there mostly wondering if the monster were real, exactly what would it be like on the inside. 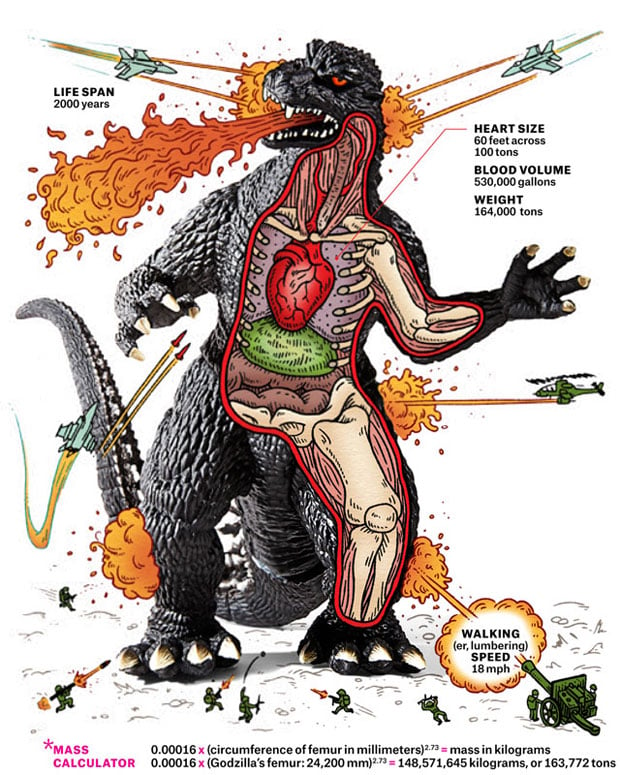 Popular Mechanics has a cool infographic of Godzilla that sheds some light on the beast’s anatomy. Its heart would be 60 feet across and would weigh 100 tons alone. The giant lizard would have 530,000 gallons of blood coursing through its veins, and would weigh in at a whopping 163,772 tons.