Gnome iPad-based Cash Register to Roll out to Groupon Merchants

Groupon is a service that lots of shoppers around the country take advantage of to get big discounts at stores and places to eat among other things. The company has announced that it is set to start rolling out a new point of sale system to its merchants that will be more convenient for users and for the merchants. The register is iPad-based and called Gnome. 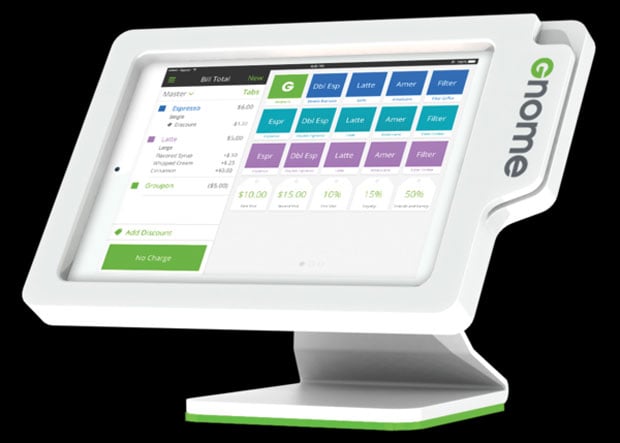 Gnome will automatically connect via Bluetooth with users who have the Groupon app installed. When it connects, the user’s discounts will be automatically applied. Users without the app will be able to redeem discounts using their voice. The system works as a complete cash register and payment processing system as well.

The Gnome system will accept MasterCard and Visa payments with per transaction fees of 15 cents and 1.8%, making it very competitive with other POS systems. Gnome will be rented to merchants for $10 per month and interface with common business software for tracking revenues.