SNES Controller Coffee Table: Get Your Feet off My Gamepad!

I’ve already seen several coffee tables that look like a giant NES controller, but this is the first time I’ve seen one modeled after an SNES controller. Perhaps it’s that the Super Nintendo’s controller isn’t as iconic, but it still makes for a pretty awesome conversation piece. 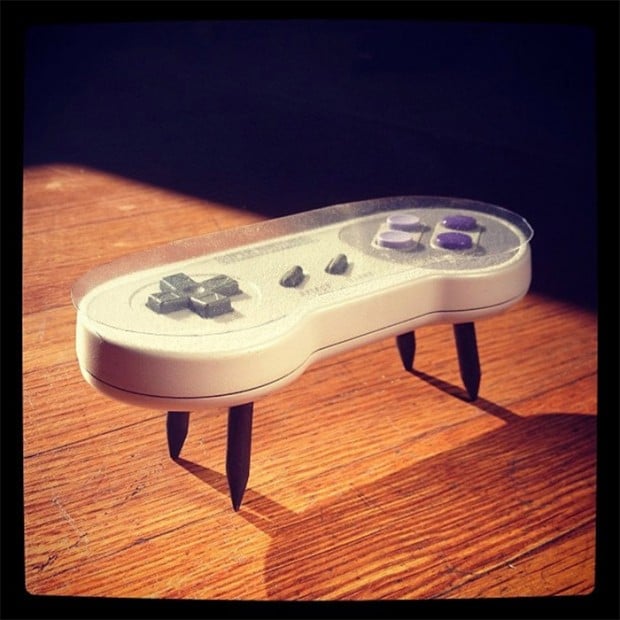 This Super Nintendo controller table was designed by Charles Lushear of Bohemian Workbench, and it looks like a dead ringer for the original SNES gamepad, complete with purpley-blue buttons. The table is handcrafted from wood and can be ordered in natural wood for $2,300(USD) or fully painted for $2,800. It should be noted that the image here is of a miniature model of the table, and Charles is waiting for a buyer before he builds one. But I’m confident he’s up to the task, as he’s one of the guys who built the original NES coffee tables.

Charles will also consider building a functional version of the table with a full SNES built in, should you be interested.