This must have been one of the episodes of Star Trek: The Next Generation where the crew was tripping balls. Strangely I don’t remember watching this one when it first aired. Now that I have… Well, I’ll never look at Trek the same way again. 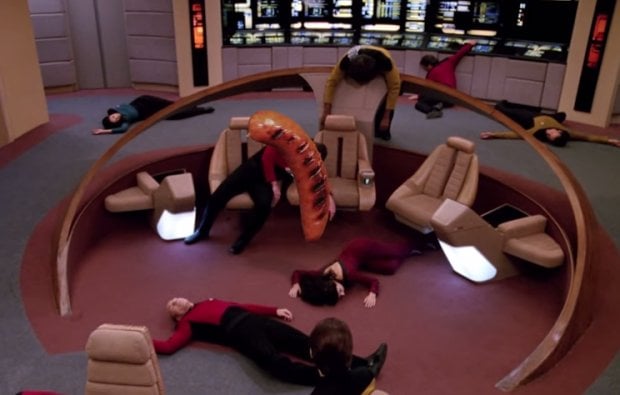 This video is titled Sausage Samba. Apparently it is intended to promote Friendly Rich’s new CD “Bountiful”, which releases on June 24th. It also promotes the hell out of sausages. And weirdness. Words can’t describe it. Just watch for yourselves.

I’m not even sure what the hell I just watched. Sigmund Freud was wrong. Sometimes a cigar not a cigar. Especially when Q turns it into a sausage.