I’d wager what most of us know of the velociraptor is what we learned from Jurassic Park. The Raptor is a smaller dinosaur that is believed to have hunted in packs. Scientists at the Korea Advanced Institute of Science and Technology have created a robot that is based on the velociraptor. 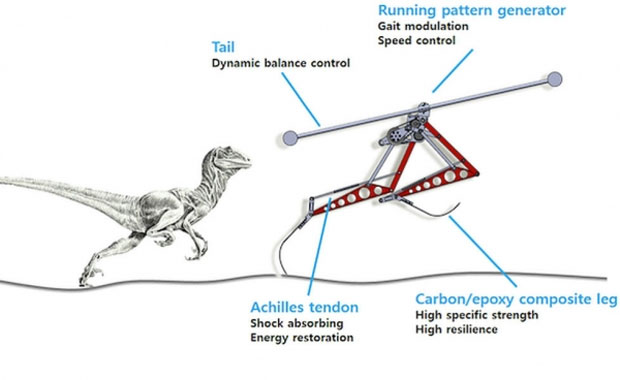 The bot is called the Raptor and it is designed to run on two legs with a tail-like appendage to give it balance. During treadmill tests, the Raptor was able to scoot along at over 28 MPH. That makes it faster than human sprinter Usain Bolt and Boston Dynamics’ Cheetah robot that tops out at 27 MPH.

Even more impressive, the researchers who developed the robot were able to throw obstacles in Raptor’s path and it was able to step over them and keep going.