Awesome Transformers Pens are More than Meets the Scribe

Growing up in the ’80s I got to spend lots of hands-on time with the original Transformers toys and watched plenty of the cartoons. Kids today get the feature films, which aren’t as cool as the original stuff to most of us. Still, transforming car and truck robots are cool. 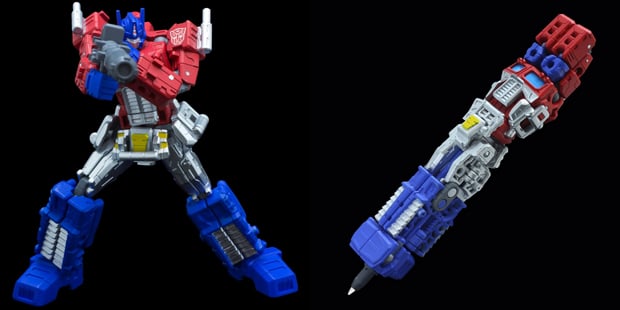 Several new Transformers pens[JP] have turned up and they are look pretty awesome. The pens are in the form of Optimus Prime, Black Optimus Prime, and Ultra Magnus, but instead of folding up into vehicles, they turn into chunky pens. 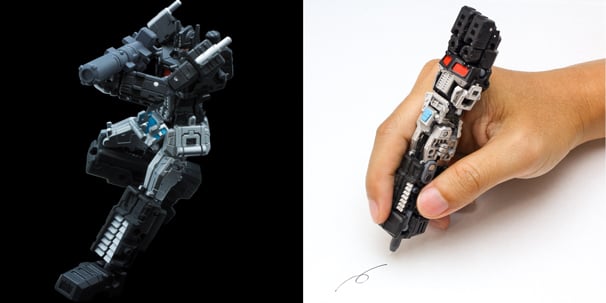 The pens will be available to purchase in Japan for ¥4298 *(~$42 USD) each. The normal red and blue Optimus Prime pen will launch in September in Japan. The Black version of Optimus and Ultra Magnus will launch in October. It’s time to make some friends in Japan I think. 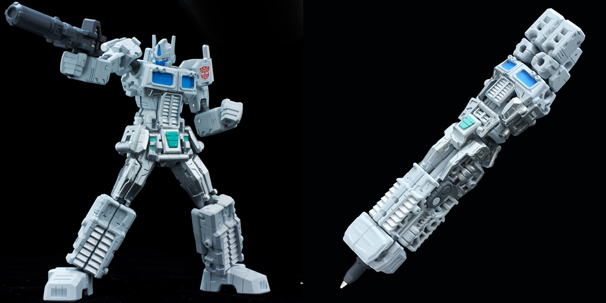