One-year-olds don’t generally have epic birthday parties, but when they do it is because the parents are awesome. These parents are the best. Eric and Lisa Cheung threw a Game Of Thrones themed birthday party for their daughter Emma. 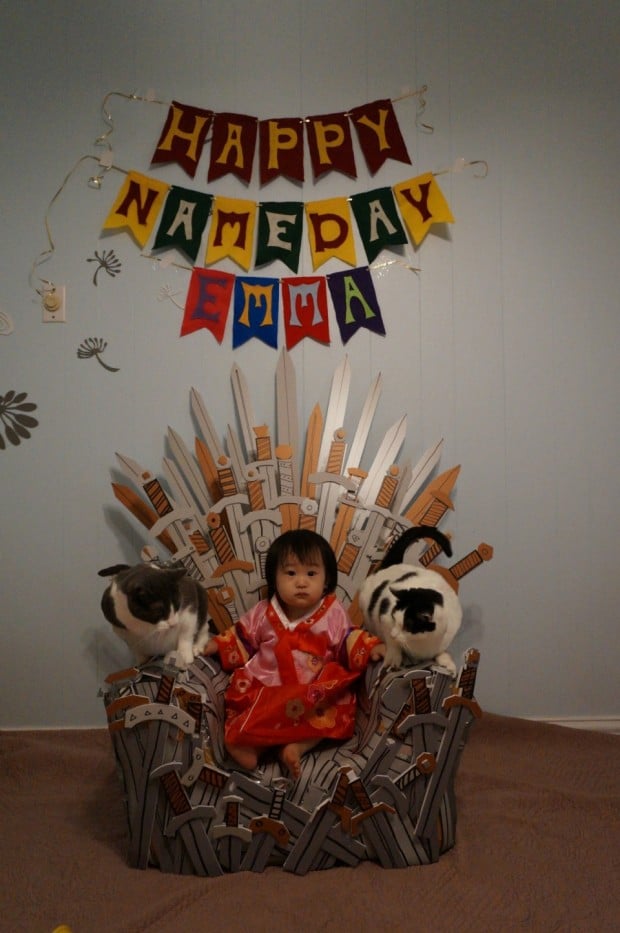 The highlight of the party was the Iron Throne, and there were also candy apple Stark Heads and a Happy Nameday banner. Surprisingly, the family cats both seem to love the Iron Throne. They are probably just glad it isn’t Joffrey sitting on it. Plus, it’s probably a pretty good scratching post – this Iron Throne is forged of foam, construction paper and detailed with marker. 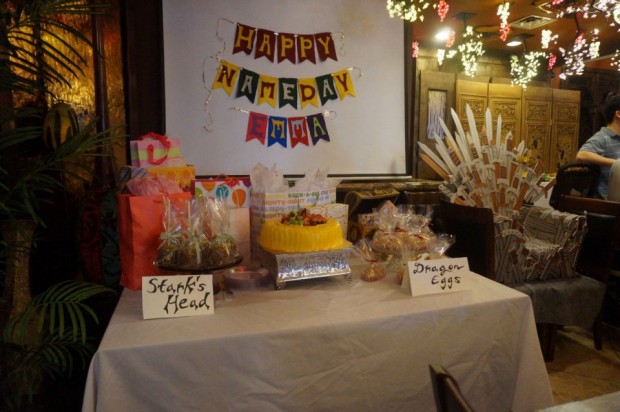 Good thing they have pictures of the festivities, because I know I don’t remember anything from when I was one. Now she has proof that her parents are awesome. 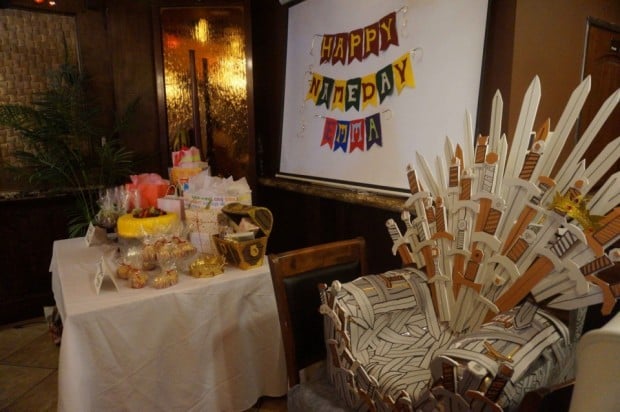 Game of Thrones Dragon Lamps: A Song of Light and Fire