Sonic and the Android Robot Become One and It’s Weird

Look at this image. That is some weird Sonic action. It looks like Sonic ate a trash can and is trying to run off the extra calories. WTH? There is a simple explanation. The Android version of Sonic Dash arrived today and it was updated with a new unlockable character.

That new unlockable character is… Sonic. Sonic in the shape of the Android robot. Andronic if you will. or Sandroid. Or Sandronic. He is the first ever Droid Hedgehog. This tubby looking version doesn’t look like he can run all that fast. He certainly can’t spin dash unless he lies on his side. 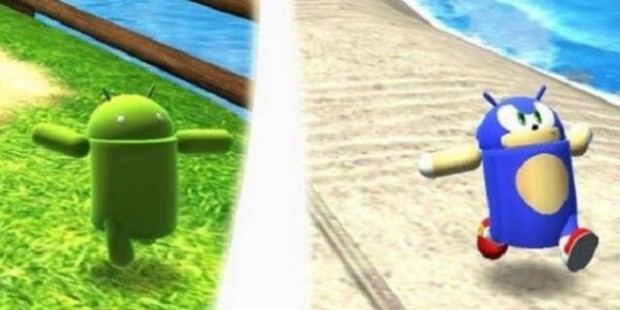 Cute or weird? You tell me. If you want to play as tubby Sonic, you can download Sonic Dash on Google Play and play the game fifty times as the normal Android robot to unlock him.