The Atari Lynx was the first handheld video game system to feature a full color display, but it still lost to the Game Boy because Nintendo’s handheld was cheaper, smaller and lasted longer on fewer batteries. Bacteria forum member Akira reunited the old rivals by using an Atari Lynx II’s case to house his GameCube portable mod. 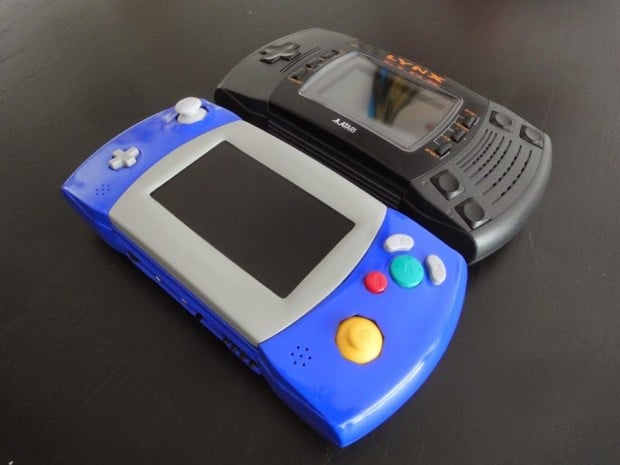 Akira calls his mod the GC Lynx. It has a 4.3″ 480×272 widescreen display and a sweet custom paint job to match the color of the GameCube. Its joysticks, buttons and triggers were taken from a Wii controller and a GameCube controller. It lasts up to three hours on its 6400mAh battery and can be used while recharging. It runs games using Wasp Fusion, which lets you load copies of GameCube games – that you own! – from an SD card. It also has a second SD card slot for homebrew games and emulators. Skip to 8:00 in the video below to see it run games.

If you don’t have the time to watch the whole video, you can admire it with these images instead. 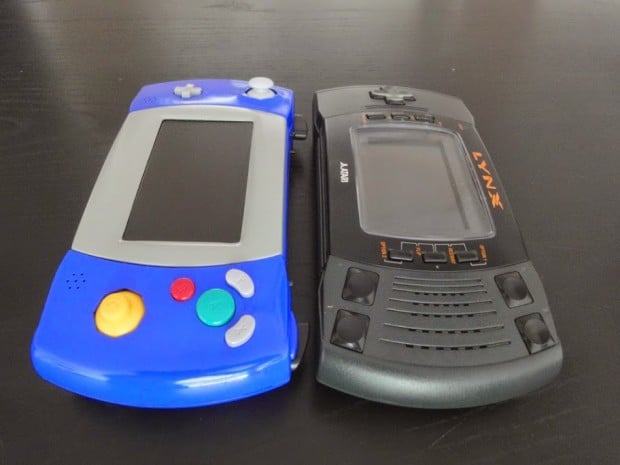 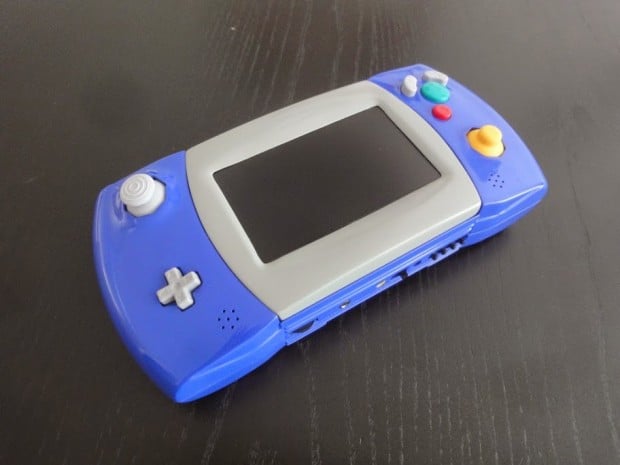 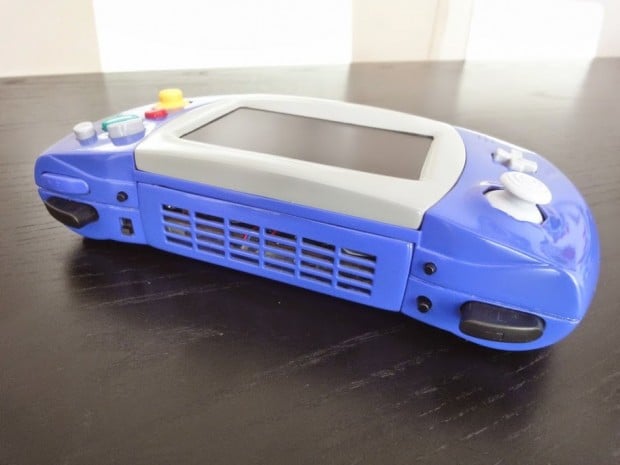 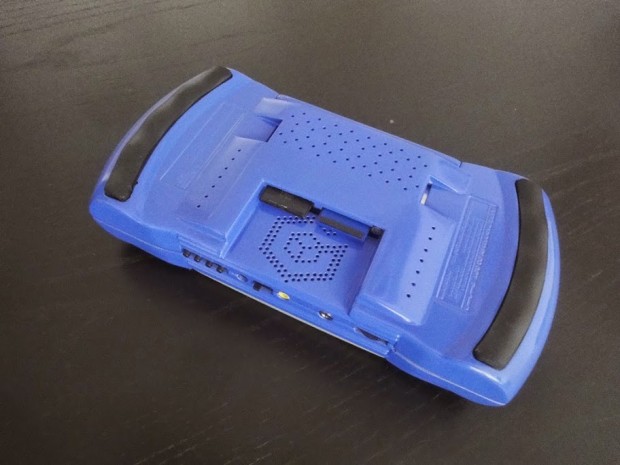 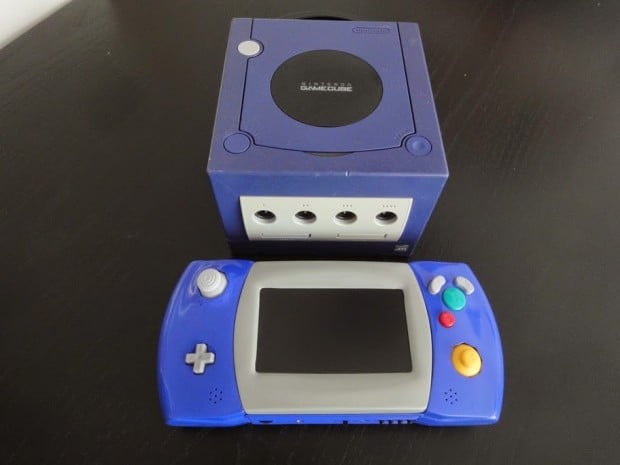 The Atari Lynx II was already smaller than its predecessor, and yet it’s still larger than a GameCube. But hey, Akira put all that real estate to good use. Now he’s asking good money for it. Bid at least €1,000 (~$1,350 USD) or pay €1,500 (~$2,000 USD) on eBay and the GC Lynx is yours. Modders should head to the Bacteria forums to check out Akira’s build log.