The digital picture frame has been around for years. It’s a convenient if unimpressive class of device. So why is Electric Objects’ EO1 getting so much hype and love online? Well for one thing, it was conceptualized by Jake Levine, who used to work at the famous venture capital company Betaworks. The man’s got clout. Also, the EO1 is huge. 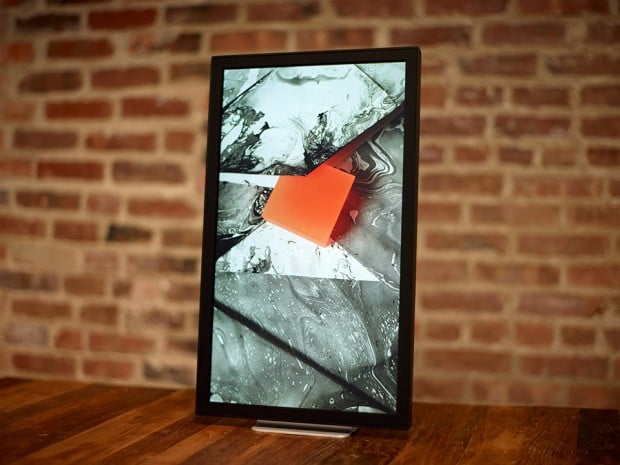 The EO1 has a 23″ 1080p screen that’s meant to be displayed in portrait mode. The device can show static images, animated gifs as well as Javascript animations. The display’s size and resolution combined with its fairly thin bezel should make it a great way to display high-resolution artwork.

But its dimensions and orientation also means lots of pictures would look awkward on it. It’s not a place for your Instagram pics. To alleviate that problem, Levine and his company are going to build a virtual art gallery. Electric Objects is partnering with museums, libraries and other organizations like Behance to ensure that the EO1 will not want for art. The downside is that many of the pieces will come with a price, but Electric Objects assures us that gallery will have lots of free art as well. 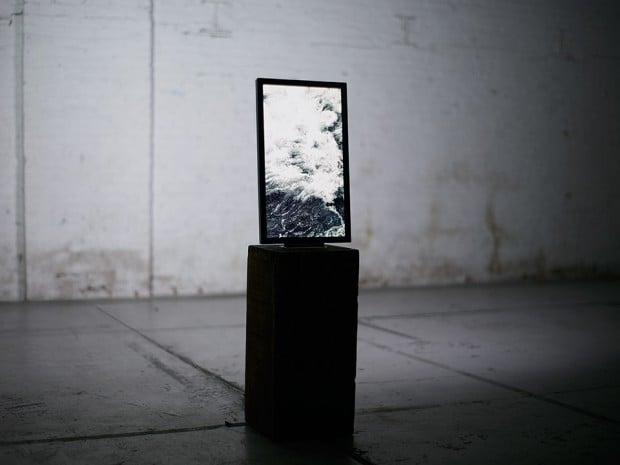 You’ll be able to change the art on the EO1 via a desktop and a mobile app. Electric Objects says the EO1 is meant to stay wirelessly connected at all times, but it can cache images on its 2GB of flash memory so it won’t turn into a black mirror when your Internet drops out.

The worst thing about the EO1 is – yep – its price. You’ll need to pledge at least $299 (USD) on Kickstarter to get an EO1 as a reward. If you’re a maker, you’re probably in disbelief right now. Here’s the kicker – that price is already heavily discounted and is only for Kickstarter backers. When it officially launches, the EO1 will be sold for $499. The folks at Cupertino must be mad at themselves for not thinking of this spin sooner.

Seriously though, lots of people stick with Apple’s devices mainly because they find OS X and iOS easier to work with. If Electric Objects is able to amass a great – and exclusive – collection of artworks similar to how Apple maintained its software and iOS ecosystem, then the EO1 will be less ridiculous. But for now it’s an expensive coder’s monitor.