Sense Orb Monitors Your Sleep with No Wristband Needed

I really like my Pebble smartwatch and it’s ability to track my sleep patterns, but it is uncomfortable to wear at night. If you don’t like things on your wrist at night, typical sleep monitors might not be for you. A new product has hit Kickstarter called the Sense that claims to track your sleep patterns without having to wear anything. 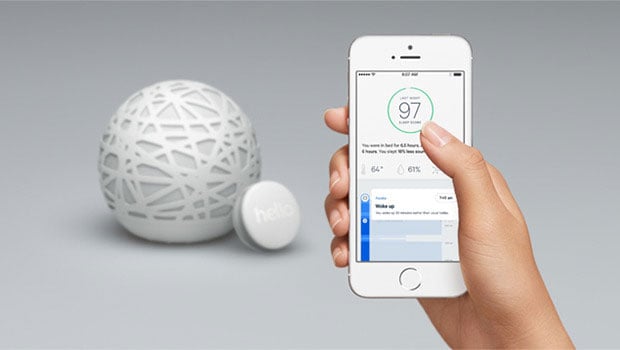 It works in conjunction with a gadget called a “Sleep Pill” that attaches to your pillow to monitor your movements. Inside the Sense orb that sits bedside are a number of sensors that record ambient light, temperature, humidity, and particulate sensors. Those sensors can check for things floating in the air that might affect your sleep. The Sense orb also has a built in speaker so it can be used to play sounds like white noise to help you stay asleep, and can be used as an alarm to wake you at the best point in your sleep cycle.

Sense connects to Android and iOS devices via Bluetooth and shares data with apps on the phone for you to peruse. Sense also has an internal speaker for playing sounds to help you wake and go to sleep. Launch is expected in Q4 2014 and you can pre-order for $99(USD) with the normal MSRP set at $129.