A few weeks ago we learned about Classcraft, a software and system that adds role-playing elements to classrooms. If you thought that was cool, check out Østerskov Efterskole. It’s a boarding school in Denmark that’s built around the idea of teaching students through live-action role-playing (LARP). 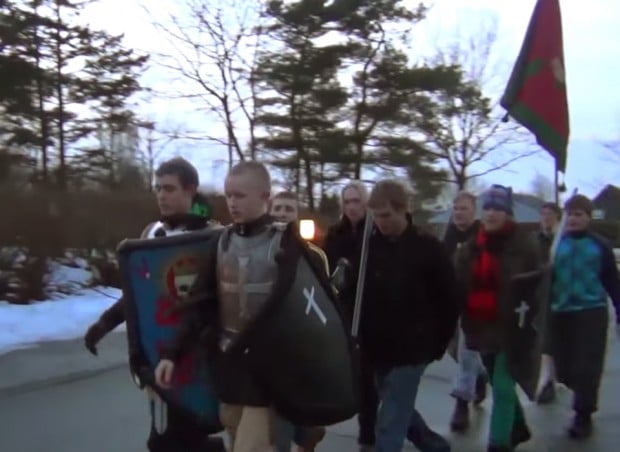 In Østerskov, students are given a different role-playing theme every week. It doesn’t have to be based on fantasy or any fictional setting; for instance, in Cosmic Joke’s mini-documentary about the school, the students assumed roles based on Wall Street. Even their morning exercise was tailored to the theme.

Students are also given time to work on their live action role-playing skills, which sounds like the best grinding session ever. After the “classes” end, the kids are still allowed to role-play in the school grounds, up until bedtime.

I don’t know if this method of teaching will work in all cultures, but I would have loved going to a school like that. Head to Østerskov Efterskole’s website to learn more about the school. You should also keep an eye out for Cosmic Joke’s LARPing documentary Treasure Trapped, which is the basis for the mini-documentary.