We’ve seen dozens of small robots create structures and light shows. Harvard University’s Self-organizing Systems Research Group recently upped the ante with a swarm made of 1,024 robots called Kilobots. According to New Scientist, which shared a video of the collective, this is the world’s largest robotic swarm. And they didn’t need a single overlord. 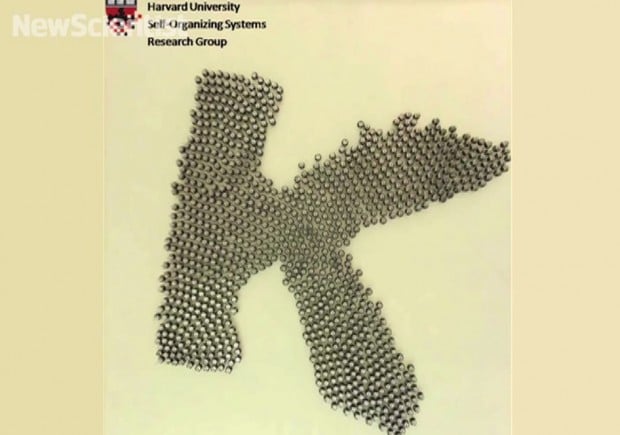 The video below shows Kilobots autonomously forming shapes, organizing from four base robots outward, layer by layer until the shape is formed. The robots are as slow as they are numerous though, practically taking half a day to form a single shape.

It looks like robots could wipe out humanity by boring us to death. You can buy Kilobots from K-Team or use the research group’s documentation to create your own.