Malloy Aeronautics in the UK is developing a flying quadcopter designed for human riders. Right now they are testing a 1/3 scale model proof-of-concept vehicle called the Drone 3 that has a robot riding it. Now imagine a full scale version of this thing chasing you down with a larger robot and outfitted with lasers. It will be all over for us soon. 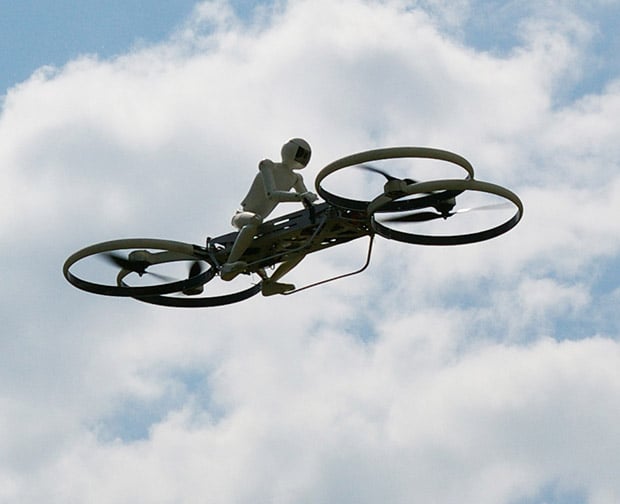 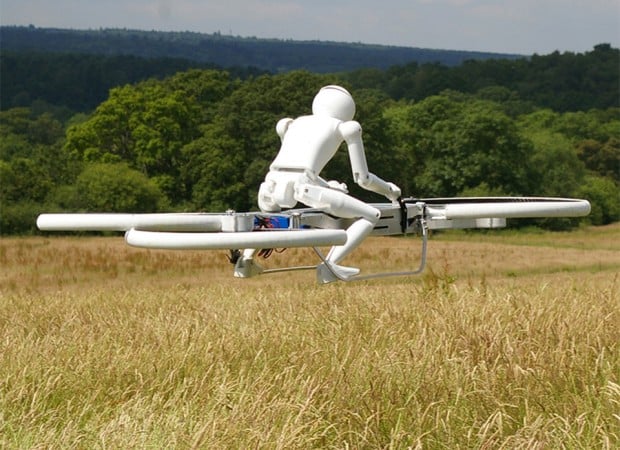 The designers say that the hoverbike’s four overlapping fans allow for a stable and maneuverable ride and from what we can see here that seems accurate. This Kickstarter has already met it’s goal, so we can look forward to a future of being hunted down by hoverbike riding robots who want us dead dead dead.

It may be time to start living underground people. You can be the Eloi if you want, but I’m becoming a Morlock!