Cats are pretty cool. They are always up to something nefarious. Dogs are mostly too dumb to be sneaky; a cat on the other hand will do something bad and blame it on the dog. I wish cats could walk around on their hind legs, that would be awesome. 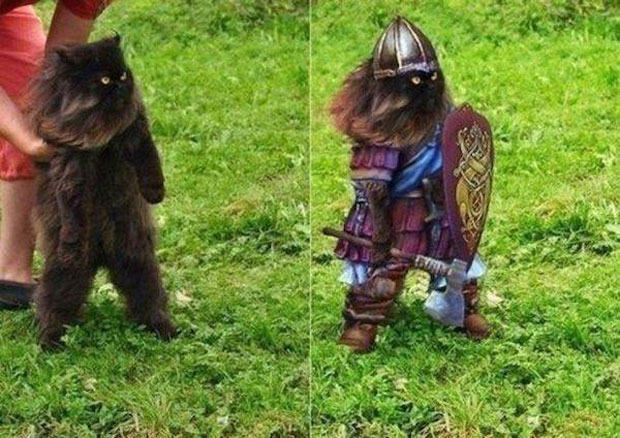 Especially for super fuzzy cats like the one in the image – it looks a lot like Chewbacca to me. I would have named the cat Chewie. On the left side of the image, we see the cat owner holding said feline upright on its hind legs. Cat fur is blowing like Beyonce’s hair on stage, it’s an epic photo.

Someone then took Photoshop, removed the person holding the cat up, added in some armor and weapons, and made a dog’s worst nightmare. Me likey. This picture is almost like the evolution of Thundercats.