A couple of years ago we saw Arjen Beltman and Bart Jansen’s Orville, a dead cat turned into a quadcopter. Earlier this year Arjen and Bart shared video of their new taxidermied animal quadcopter, this time built around a rat named Ratjetoe. 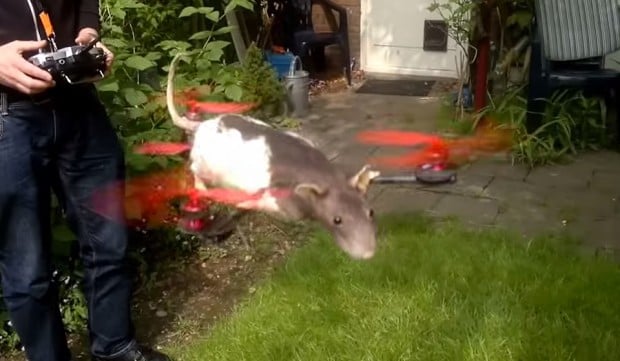 According to the BBC, Ratjetoe – Dutch for ratatouille – was owned by 13-year old Pepeijn Bruins, who sadly had to have his pet put down because Ratjetoe had cancer. Pepeijn saw videos of Orville and reached out to Arhen and Bart to see if they could do the same to his beloved pet. Here’s the result.

Here’s where we go into SyFy territory – the BBC says Arjen and Bart’s next project “has the working title of turbo shark.” Okay then.

[via Arjen Beltman and Bart Jansen via BBC & Collegehumor]