This is no ancient relic, rather it’s a modern artwork made by Behance user kimbal. He was one of 30 artists who were commissioned by Warner Home Entertainment Mexico and the Mexican Museum of Design. They were each given a plain white Batman bust to go wild on, as a way to celebrate Bats’ 75th birthday while showcasing Mexican creativity. ¡He aquí! El caballero de la noche! 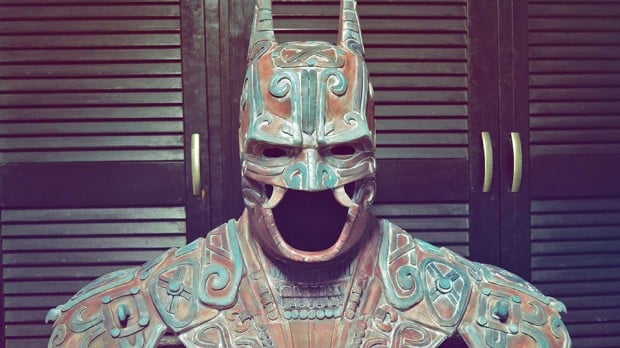 Kimbal drew inspiration from the Mayan god Camazotz. If you’re a Shin Megami Tensei fan then you might be familiar with this deity. Not only was Camazotz the Mayan god of darkness (among other things), he was also portrayed as a bat. Apparently his name translates to “death bat.”  So. I guess I should have led with that one. 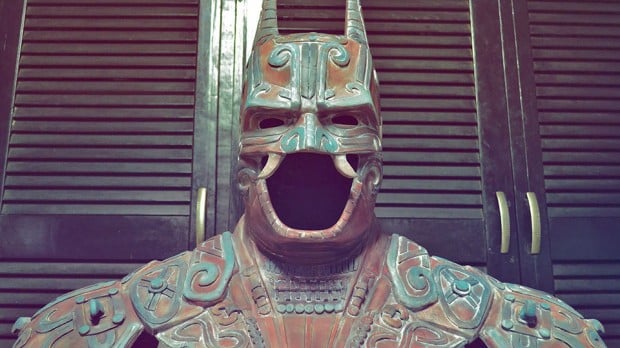 Pray to the god of browsing and head to kimbal’s Behance page for more shots of his sweet sculpture.