Like TokyoFlash, Canadian watchmaker Division Furtive makes watches that put more emphasis on form than function. The company’s newest watch is the Type 50, a button- and crown-less timepiece that uses light to both display and set the time. 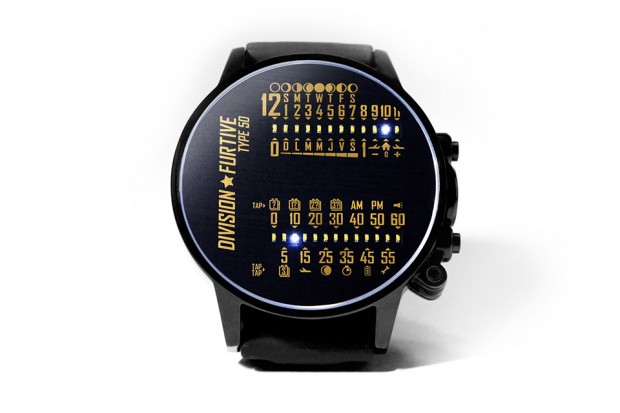 The Type 50 is actually the second watch of its kind from Division Furtive, predated by the now phased out Type 40. Both watches use two LED tracks to tell the time – one for hours and one for minutes. The watch also has additional modes such as a calendar, a chronometer and even a flashlight. But because the watch has no buttons, you cycle through its modes by tapping on its face. Division Furtive made a chart that tells you how many taps it takes to switch to a certain mode… and then put that chart on the back of the watch. 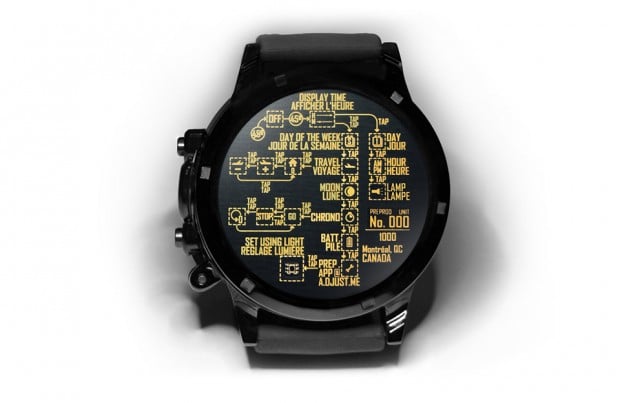 I guess that’s better than having to bring the manual with you at all times. If the watch’s aesthetic isn’t cool enough for you, perhaps its time-setting mechanic will be. The only way to set the time on the watch is to go to Division Furtive’s website using a mobile device or a computer. When the web app opens, you’ll then place the watch right side up over your phone, tablet or computer display. The web app will emit pulses of light, which the watch will use to set its time. Skip to 3:35 in the video below to see this being done with the earlier Type 40.

Pledge at least about $220 (USD) on Kickstarter to receive a Type 50 watch as a reward. Your move, Tokyoflash.