There’s no good solution to our energy problems right now. Solar and wind power are helping, but they’re not the quick and easy fix that the American public demands. Germany has managed to use solar and wind power for 17% of its energy needs, but that’s still just a drop in the bucket. The thing we’re all waiting for, but has never arrived, much like Dr. Dre’s Detox or or a Lincoln that’s not just a Ford wearing a mustache, is nuclear fusion. 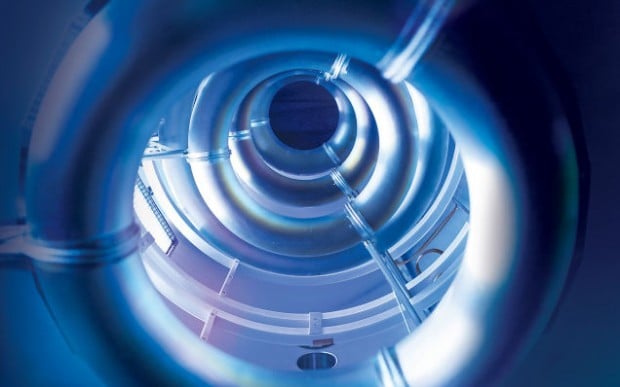 According to a press release and video from Lockheed Martin, we might only have to wait a few more years. The company claims to have a design for a reactor that would fit in a shipping container and produce enough energy to power 80,000 homes. That’s huge news. Of course, being a defense contractor, when the first tests start happening in five years, it will probably be on Navy vessels, but the potential for emissions-free planes with unlimited range and very fast space ships is quite real as well. Lockheed also says that distributing these as powerplants around the world would not further the proliferation of nuclear weapons, since a fusion bomb and a fusion reactor are built so differently.

On a more pragmatic note, the fact that this is being developed by Lockheed is also a very good thing. Oil companies have a lot to lose from this much energy being available from sources that have nothing to do with oil, but Lockheed certainly owns enough politicians to push back hard.

The future is going to be cool.