You may be familiar with the term ragdoll physics, which is a type of animation sometimes used in video games to create dynamic – albeit unrealistic– animations for characters. Ragdoll physics is a form of physics-based animation. For his PhD thesis, Thomas Geijtenbeek created a physics-based control method that teaches virtual characters to move realistically. 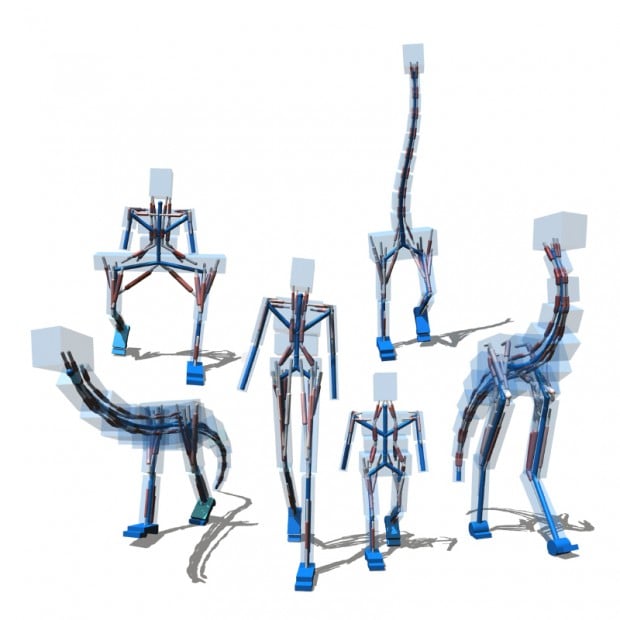 In his thesis Animating Virtual Characters Through Physics-Based Simulation (pdf), Thomas used 3D simulated muscles and added biomechanical constraints and neural delay to create a variety of bipedal virtual characters that move in fairly realistic manners, unlike ragdoll characters that flop around like they have air or jelly inside them.

These characters can be taught to move at different speeds and on varying terrain. But before they can do any of that, Thomas’ algorithm first discovers the optimum muscular layout and movement method for each character. This is easily the best part of Thomas’ research, because it leads to hilarious footage, such as the results captured in this gif made by Siz:

Watch Thomas’ video below for more knowledge and hilarity:

Man, that box-throwing portion cracked me up more than it should have. You can read Thomas’ full thesis (pdf) for more information.