Earlier this year we saw a couple of vintage radios that were turned into an Internet radio player using Raspberry Pi. Matt Brailsford’s cassette player Raspberry Pi mod is “only” a Spotify media server, but he makes up for it with an intuitive user interface. 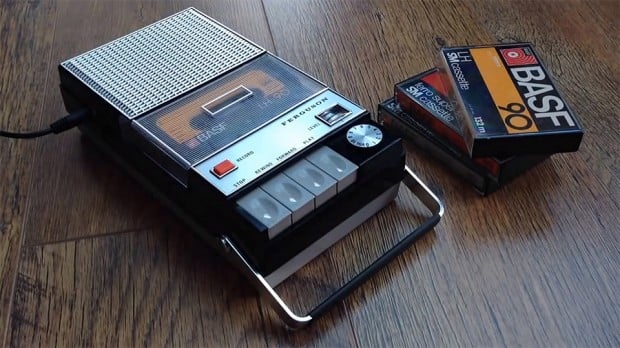 With the exception of the record button, which now acts as a power switch, the buttons and the knob on Matt’s player work as they did before, controlling playback and volume.

.@Raspberry_Pi thought I'd take a quick shot of the inside for you pic.twitter.com/PkU24oMpd2

As if that wasn’t cool enough, Matt added an NFC reader then attached an NFC tag on each side of a few cassette tapes. Switching tapes or sides changes the playlist.

Find out more about Matt and his project on CNET.