Console modder Ed Zarick’s been on a tear lately. Last month he introduced his Xbox One laptop mod, then a couple of weeks ago he showed off his PS4 laptop mod. Now he’s back with another laptop mod, but it’s not based on the Wii U. Ed’s Xbook Duo is for Xbox loyalists, as it has both an Xbox 360 and an Xbox One in one laptop body. 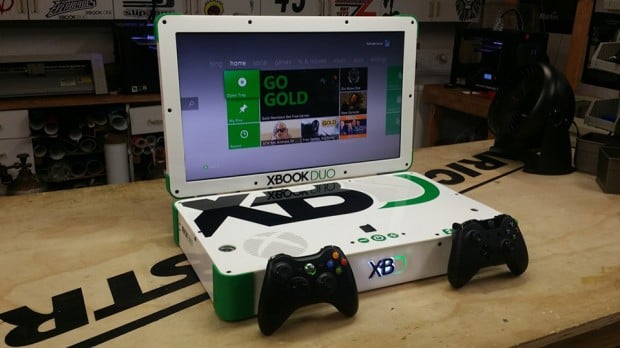 Ed says the Xbook Duo is a bit taller and heavier than his last two laptop case mods, although I’m sure you can understand why that’s the case. 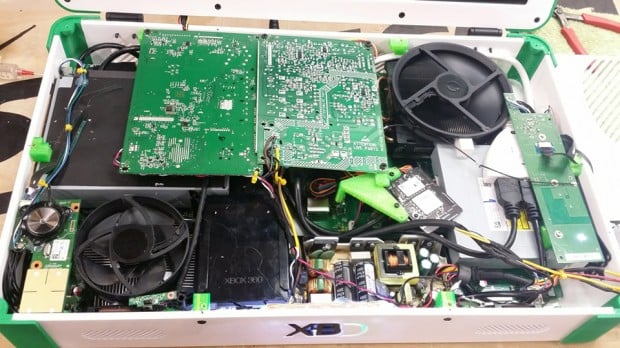 The Xbox 360’s hardware, buttons and disc tray are on the left side of the laptop… 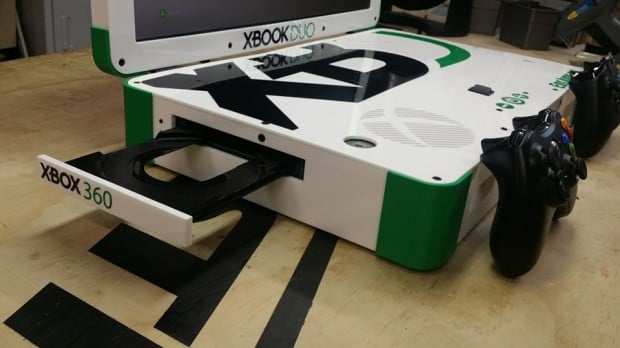 …while the ones for the Xbox One are on the right. 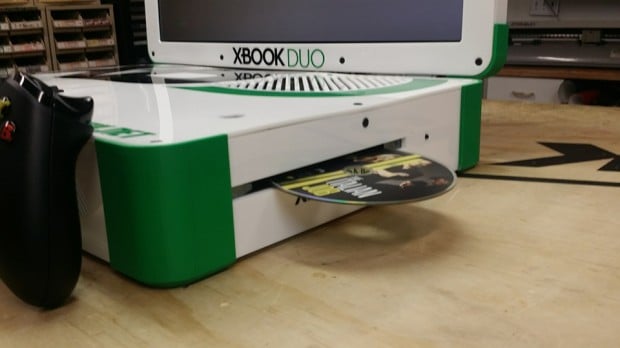 The laptop still needs only one power cord; Ed says the Xbox One’s power brick can power either console, just not at the same time. Speaking of which, there’s a switch at the top of the laptop that lets you toggle between the two consoles, though you do have to turn the laptop off before switching because the consoles share the same power source. Both consoles are plugged in to an HDMI switcher that detects which console is on and sends that console’s feed to the 22″ 1080p Vizio LCD monitor.

As he said in the video, Ed made the Xbook Duo – or at least this particular unit – for himself and so he’s not selling it. He did share a making of video though:

I guess Ed will have crammed all PlayStation consoles in one laptop by next week. As always, you can reach Ed on his website for questions and commissions.