The ambulance drone was invented by 23-year old Dutch student Alec Momont. Good idea Alec, but outfitting a drone with a defibrillator inside immediately makes me think that it will be used for evil purposes. Like say, instead of saving people, swooping down and electrocuting humans dead. At random. 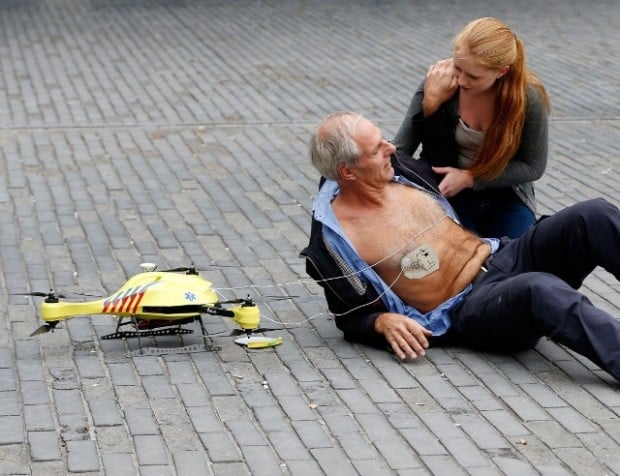 Anyway I’ll give it the benefit of the doubt for now. The unmanned remote-control flyer was designed to be able to reach cardiac arrest victims quicker than traditional emergency response teams, which have to go by road in most cases.

Basically if you see someone having a heart attack, you’ll call 911. The drone would then be dispatched and would find you using GPS. It has a webcam on board so professionals can help walk someone through the defibrillation process. It’s pretty cool actually. We could be looking at the future of emergency medicine here. On the other hand, we might just have created robots that could some day swoop down out of the sky and shock you just because.