RoboCop x Terminator Custom Action Figure: I’ll Be Back… To Buy That for a Dollar

The prolific custom action figure maker John Mallamas aka Jin Saotome tips his hat to the RoboCop vs. Terminator video games (which in turn were based on the comic book miniseries) with this badass RoboCop T-800. 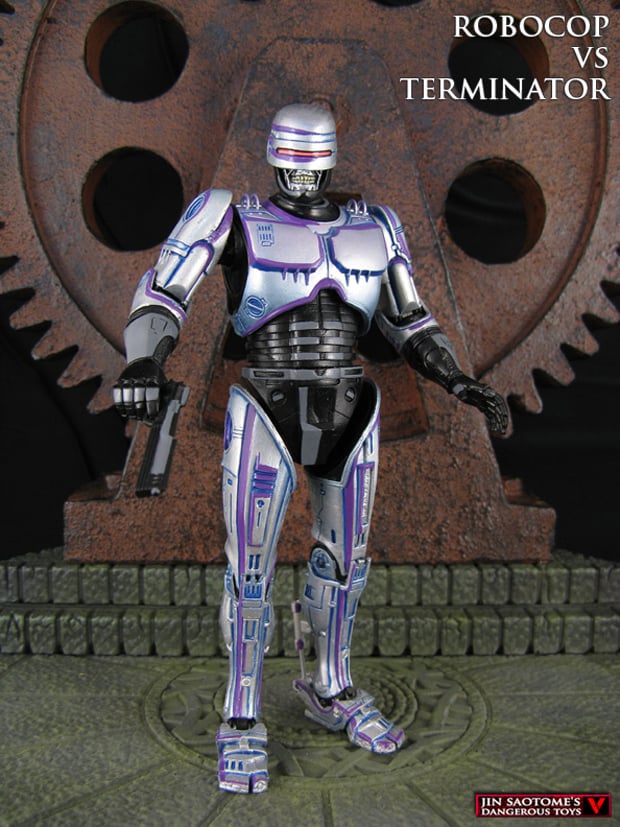 Jin hollowed out the helmet of a NECA RoboCop figure then placed the head of a T-800 action figure underneath. He also modified RoboCop’s arms to make the T-800’s hands fit and be swappable with the default hands. Finally, he repainted the figure in the style of the RoboCop vs. Terminator game. 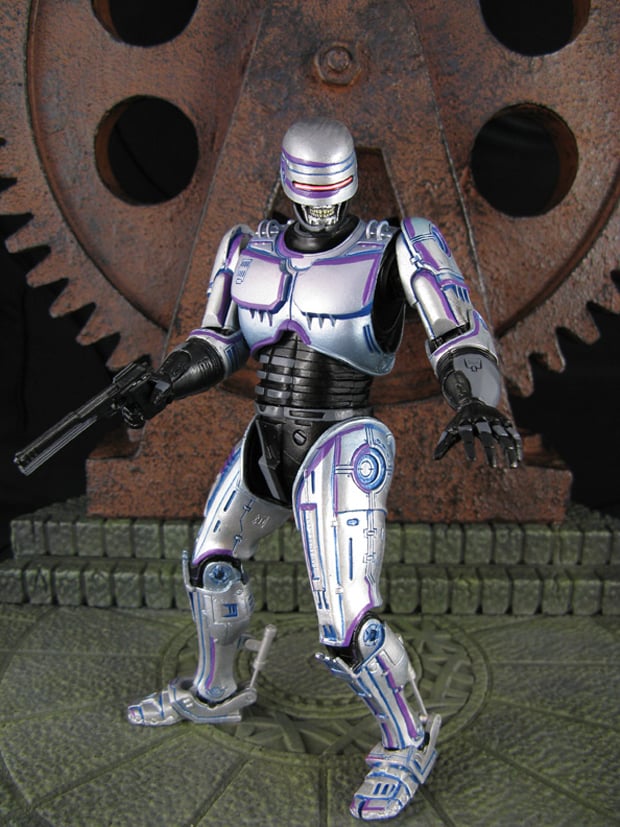 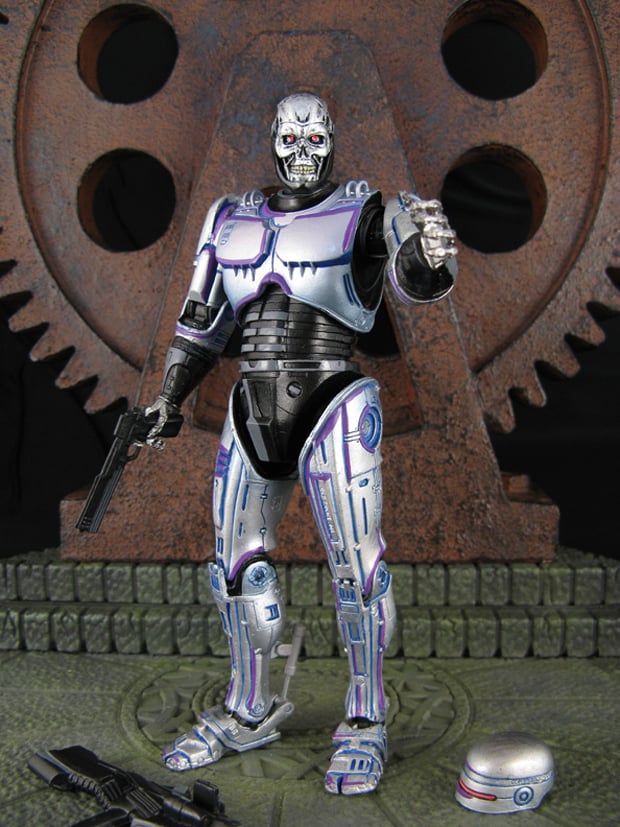 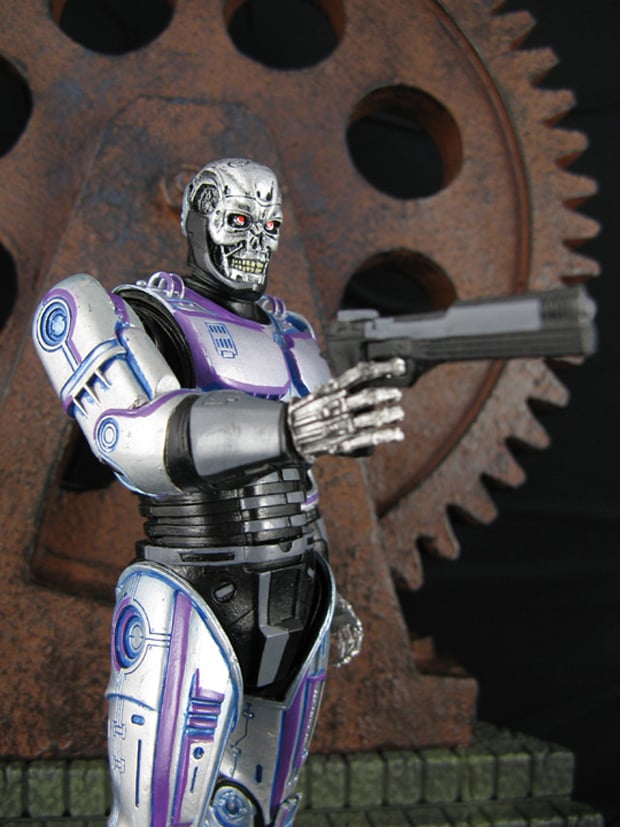 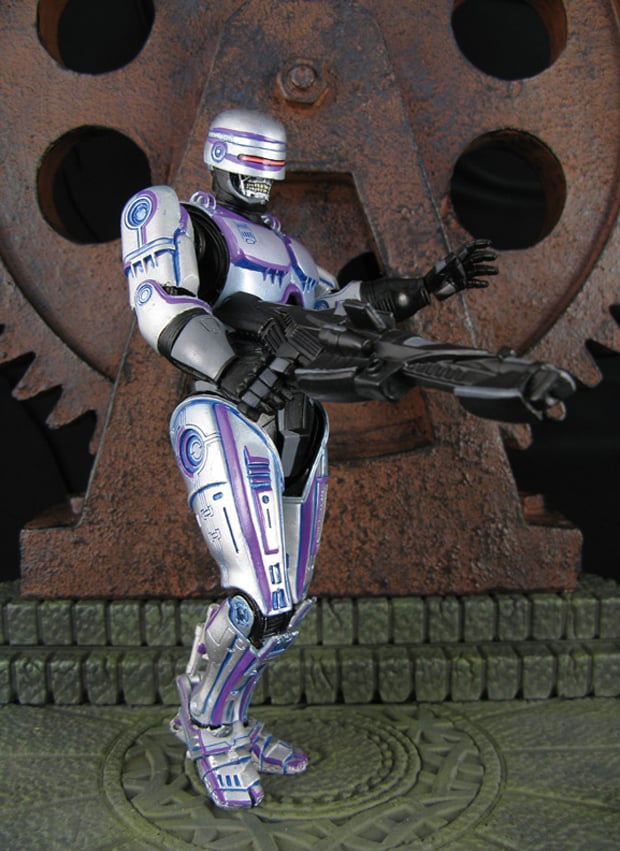 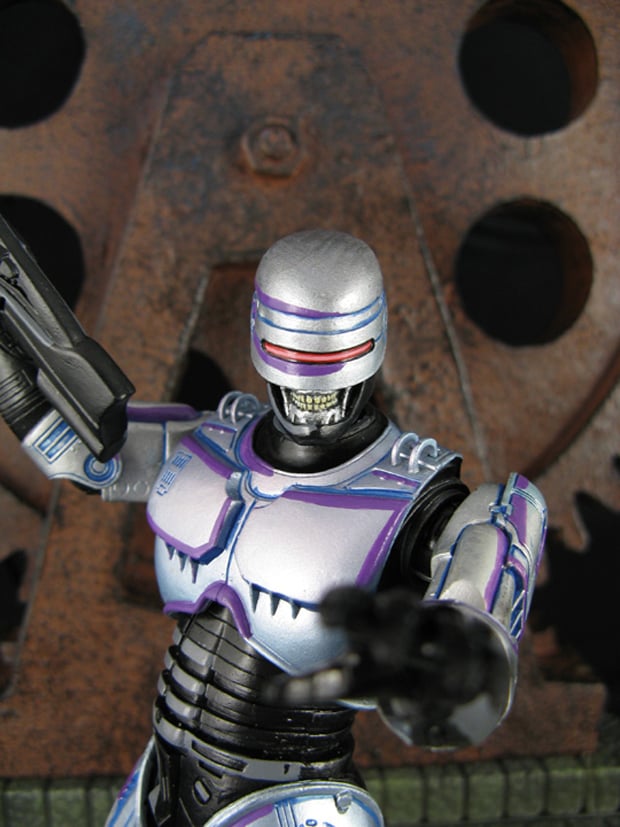