If you need to build up your army on the cheap, or you know, just make it look like you have an army, just buy some inflatable tanks. The size and color scheme of these tanks give them a very realistic look. A few of these parked in your yard should show nasty neighbors that you are prepared for battle. 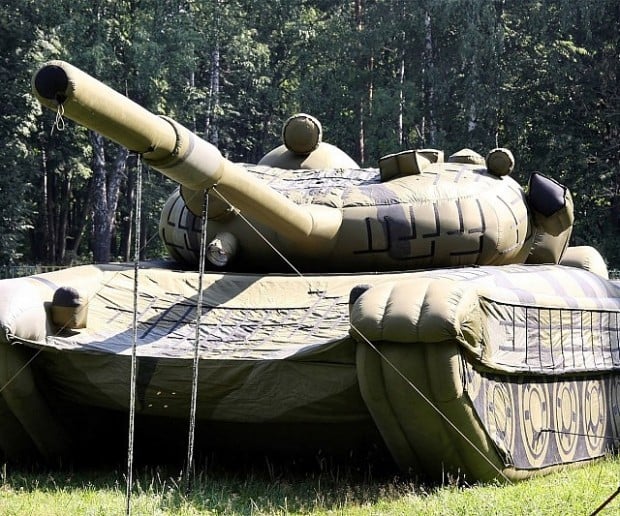 Of course your neighbor could build up an inflatable tank fleet just as huge and then you might have a cold war on your hands. I assume it would all end with some third faction poking holes in both sets of vehicles leaving your hopes of neighborhood domination deflated. 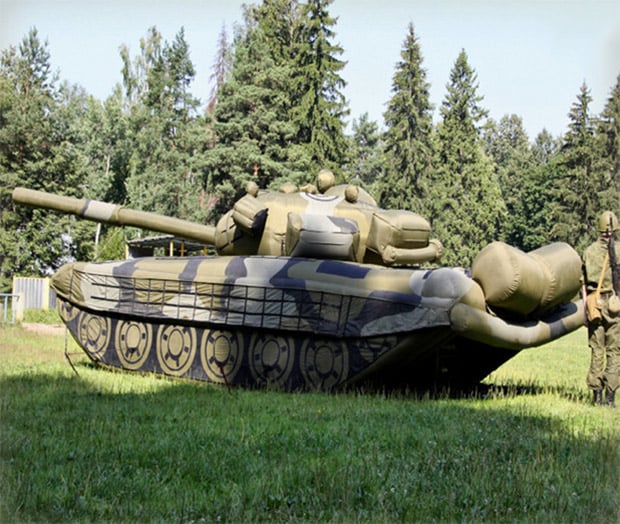 You can buy them for just $300(USD) each from alibaba, where you can find a wide variety of inflatable military vehicles.