The Walking Dead. It’s the most awesome show on TV. You get to see zombies, people shooting each other, and hear Rick yell “CORAL!” all the time. Half the time that is what he calls his son Carl. I chalk it up to Andrew Lincoln, the dude who plays Rick in the series, being British. They talk funny you know. 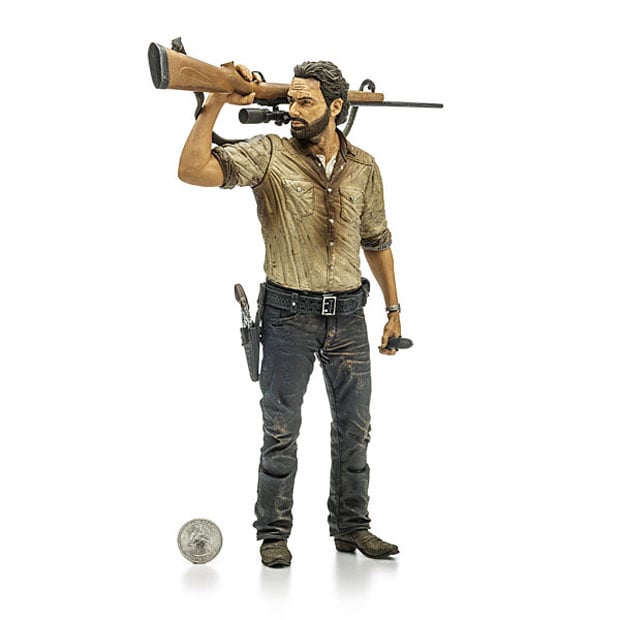 Rick is one of the coolest characters on the show and if you are a fan who happens to like action figures, check out this 10-inch Rick Grimes deluxe action figure. It’s at ThinkGeek for $34.99(USD) and they say it is based on a 3D scan of Lincoln, though it doesn’t look that much like him to me.

The action figure comes with a revolver, rifle, pocketknife, and alternate arm. The 10-inch Rick Grimes action figure would go perfectly with your 10-inch Daryl Dixon action figure we talked about back in January. All we need now are some 10-inch walkers.