I tried to get my ten-year-old daughter to go with me and my son to see Guardians of the Galaxy in the theater. She said it looked “lame” and refused to go. I thought it was the best movie of the year and when it finally hit video, I fired it up, and she watched it with me. She ended up liking the film very much and her favorite character was Groot. 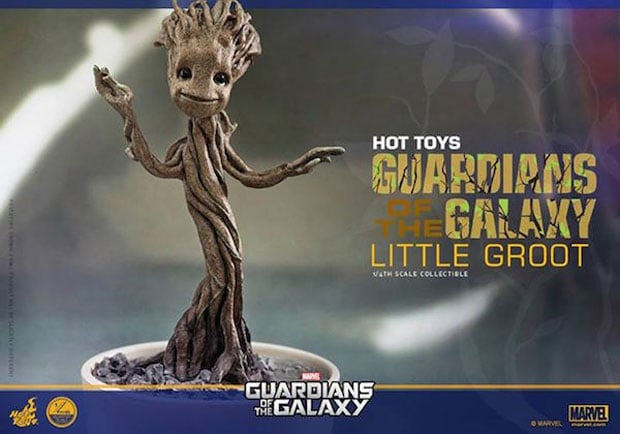 When Groot was smashed during the crash, she asked a billion times if he was dead. When they put Groot in the pot and started to grow him back, she thought that was awesome. If you like baby potted Groot as well you will love this 1/4-scale Little Groot collectable from Hot Toys. If you thought the movie groot was tiny, this one is even smaller, measuring just 4.75″ tall. 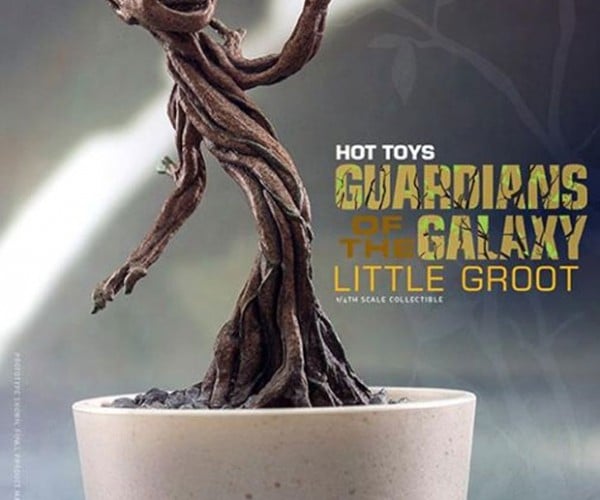 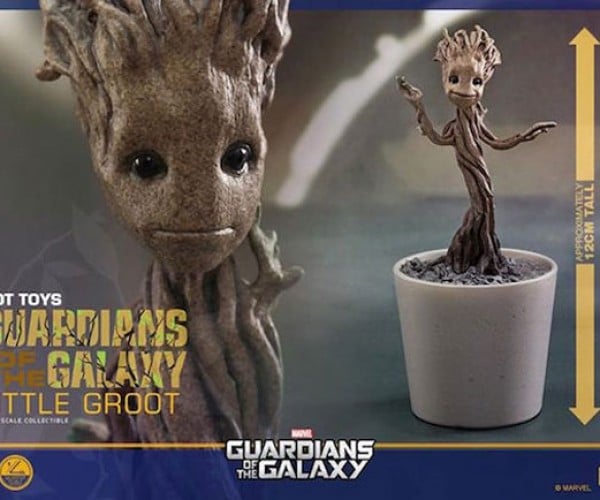 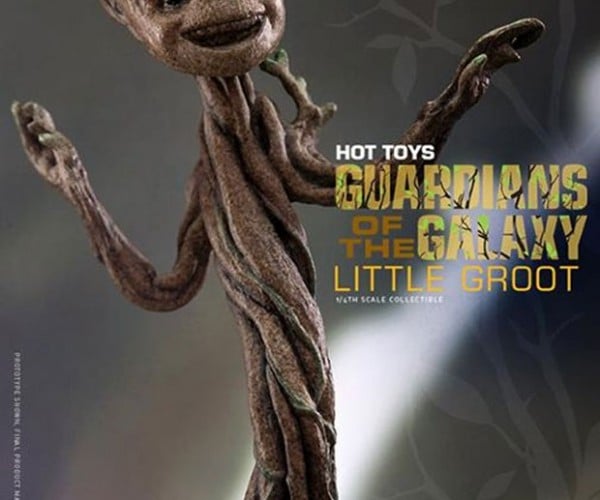 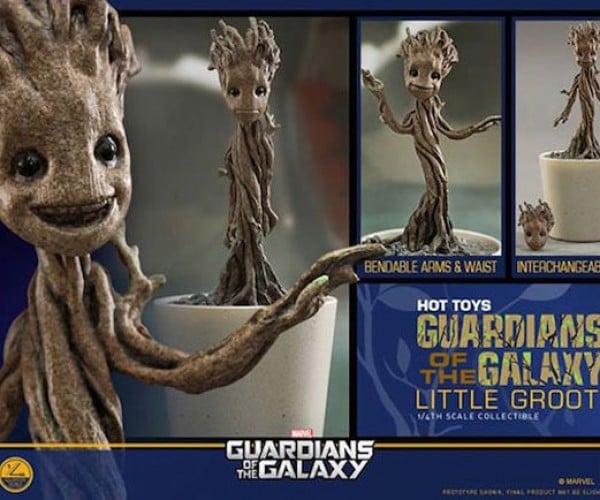 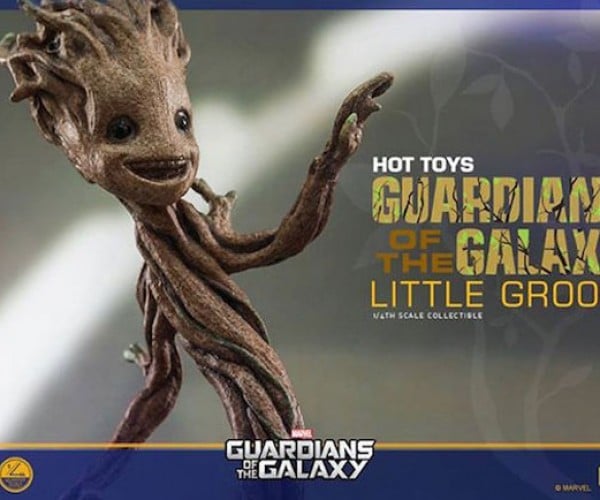 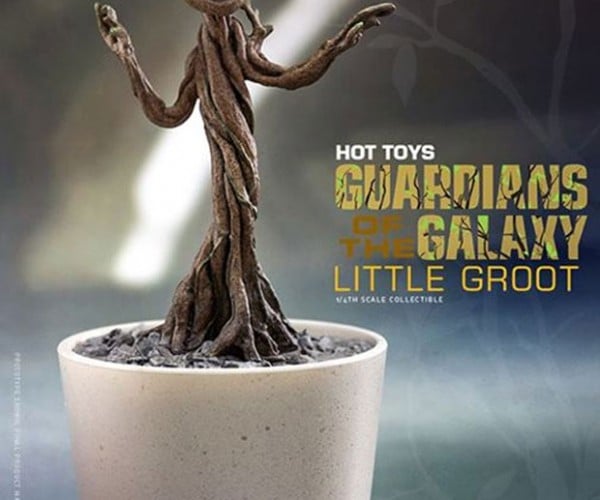 It has movable arms and has three interchangeable heads. The body of little Groot is flexible as well. The best news is that this Groot is affordable, which isn’t something that can be said of Hot Toys collectables. It will ship in January for $44.99(USD), and you can pre-order him now over at Sideshow Collectibles.