Normally, I think the general idea of a projected keyboard is pretty cool. A small device can use lasers to simulate a much larger device; it’s very sci-fi. Sadly, the total lack of physical feedback from the keyboard means that it’s awful to actually use. It’s usually an unforgivable flaw. That said, this one takes the sci-fi theme and runs with it, making the fantasy aspect the main attraction in such a way that I’d be willing to deal with it as a travel keyboard for a tablet or phone. 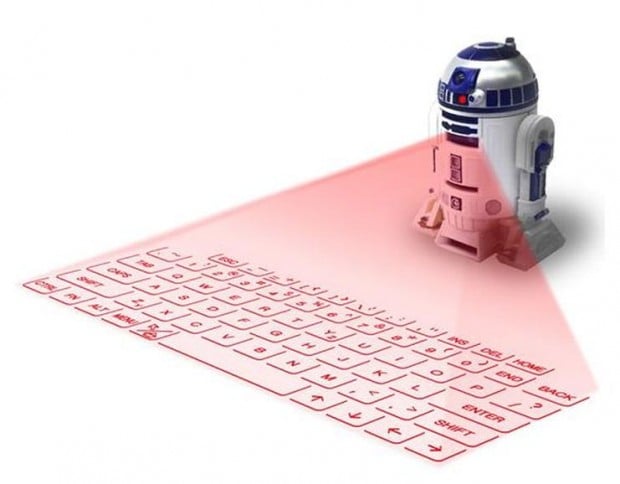 It does this by looking like R2-D2, a holy figure in the geek community and my wife’s patron saint. We first saw this droid keyboard back in May, but it was only available in Japan. Now, Big Bad Toy Store is taking pre orders for the useful droid at $299.99(USD), so we can have it here in the U.S. too.

Plenty of people spend hundreds on R2 figurines that don’t work as a keyboard for iOS 4-6, Android 4.0 and up, Windows XP and newer, Mac OS X, or Blackberry 10 devices, so we think this will still manage to fly off of shelves. R2 will arrive in January of 2015. 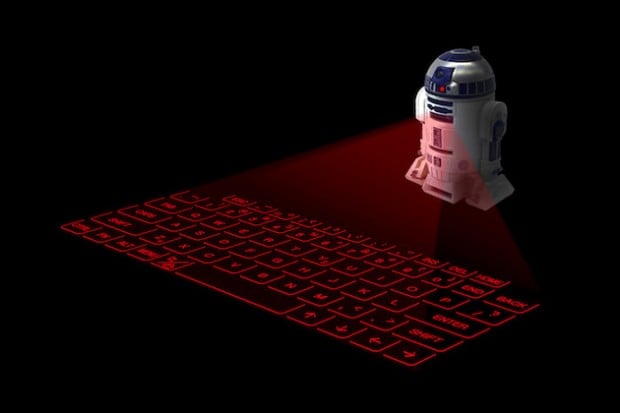