At first glance, this looks like an ordinary Ecto-1 from Ghostbusters, but look again and you will see that it has a fully-functioning NES game system inside. Oh yes. Busting does make me feel good. Busting some other dude to become high bidder on eBay is an even better feeling. 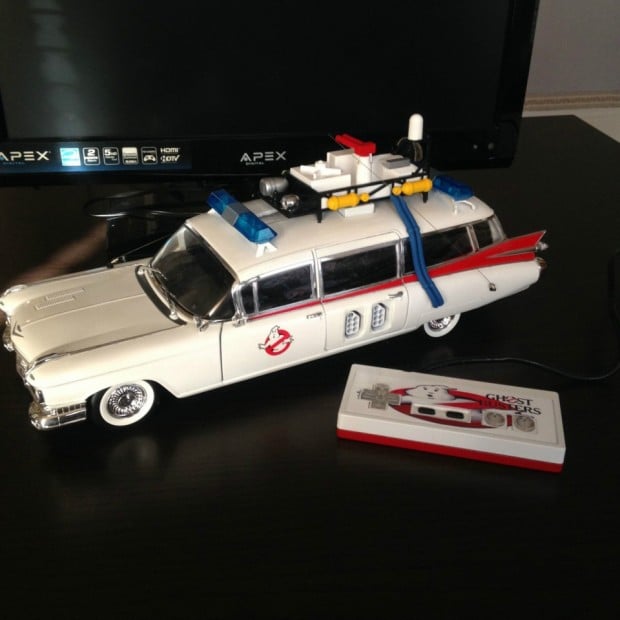 This awesome NES case mod is a Hot Wheels 1/18th-scale Ecto-1 replica with a Retrobit NES system inside. It has a cartridge slot, controller ports, and AV hookups. It also has a sweet looking Ghostbusters-themed controller to go with. Awesome! 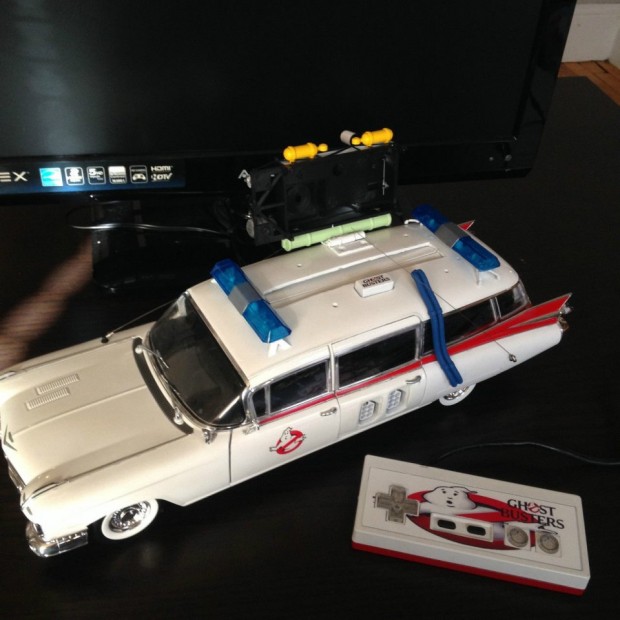 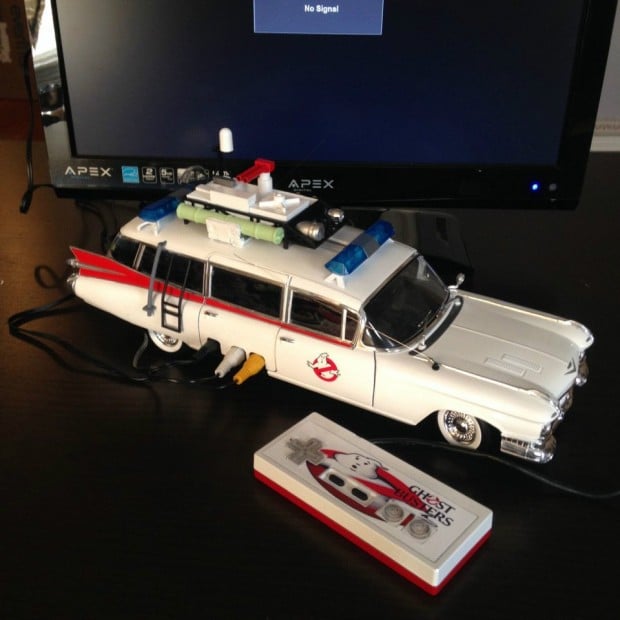 Right now it has a high bid of $540(USD) and bidding ends on 1/9 at 8pm Central. Sadly I am not high bidder. It will be interesting to see what it ultimately sells for.

[via GoNintendo via Gizmodo]