Normally, when you see a YouTube rap based on a piece of geek culture, you know it’s going to be awful. Probably better than a local Mitsubishi dealer rap, but not by much. There’s usually no flow, the most boring and predictable rhymes in the world, a beat that sounds like it was rejected from a MC Hammer album in the ’80s, and that awful breathlessness that comes with attempting to rap without having any practice at all. It’s shameful. 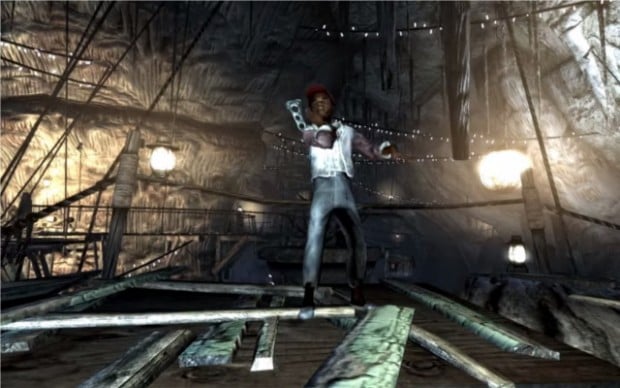 This isn’t. Wazer Wifle! takes one of the game’s many amusing side characters and some of that retro brass band music, mixes it up in a funky blender, and then rattles off a billion game references with some actual skill. It will get stuck in your head, and you’ll be sorely tempted to boot up Fallout 3 once more, just so you can turn some baddies to ash with your WAZER WIFLE!