Instructables member Mister M loves to convert old gadgets into their newer incarnations. For his latest project, he turned a 1981 Sharp VC-2300H portable VCR into a media center powered by the Raspberry Pi. Thanks to its tall boombox-like shape, Mister M was able to add a 15″ HD screen on the back of the VCR. 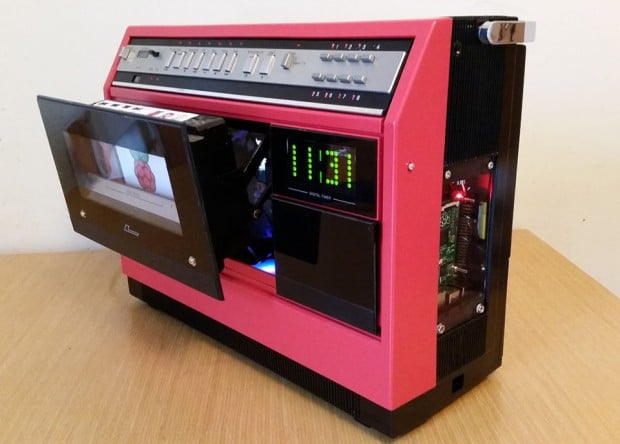 Mister M removed most of the VCR’s components but chose to keep the tape eject mechanism intact for that old school charm. But he wasn’t planning on playing VHS tapes on it so he used an old tape to hide four powered USB ports. He also placed electroluminescent strips and the Raspberry Pi logo on the cassette. 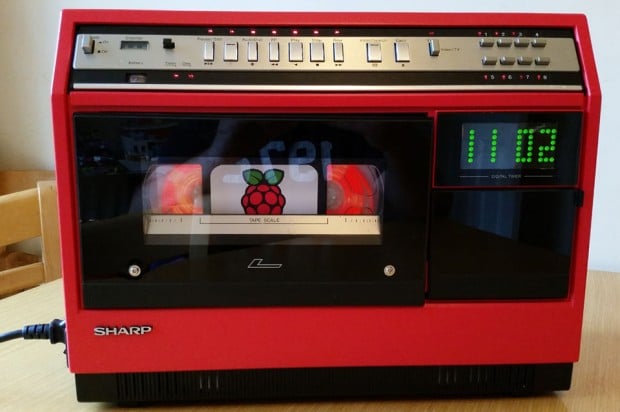 He loaded Raspbmc on his Raspberry Pi B+ as his media center software. He then mounted the Pi on the side of the VCR where a handful of ports used to be to make it easier to remove or install. 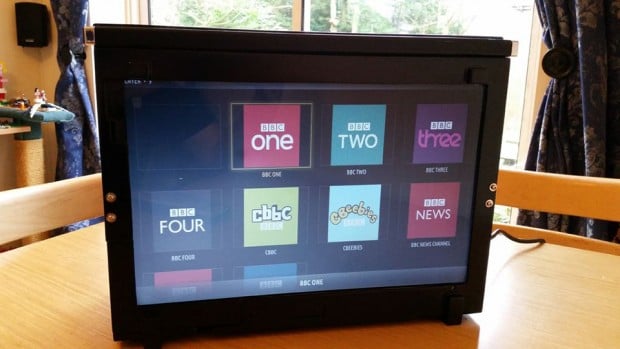 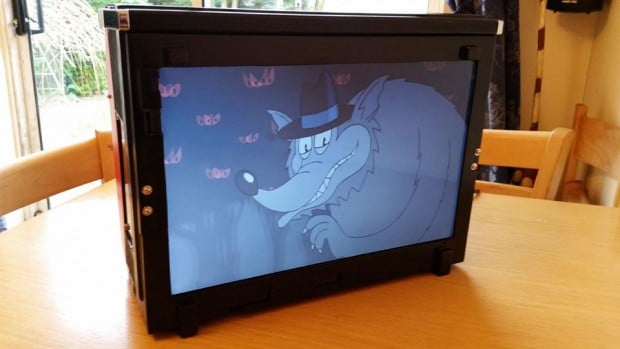 One thing that you may have taken for granted if you’re not familiar with the original VCR is Mister M’s paint job. The Raspberry coat blends well with the gadget’s style.

Head to Instructables for more on how Mister M put this mod together.