Funko Pop! Daryl Dixon Gets His Chopper, and Jesse Pinkman Gets His RV

I’m a huge fan of The Walking Dead and one of my favorite characters is Daryl Dixon. Dixon’s look is best known for three things – his crossbow, his vest, and his chopper. I think a motorcycle is a questionable vehicle to use in a zombie apocalypse since they could just eat you as you roll by, but I don’t judge. 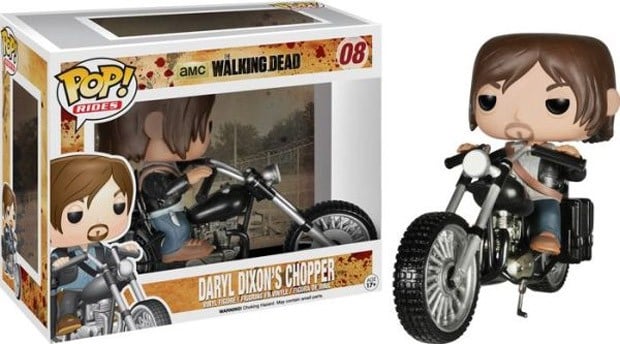 We have seen Dixon action figures in the past that have not had his bike. Funko has a new action figure collection and one of them is Dixon and his chopper. It’s awesome. But wait, there’s more! The other action figure will appeal to Breaking Bad fans.

It’s called The Crystal Ship and has Jesse Pinkman and the Winnebago where he and Heisenberg cooked meth in the series. The RV is covered in dirt as if it has been off-road. Each of these figures sells for $24.99(USD) and are shipping in February.