Even though many PS4 games have or will have support for Remote Play on the PS Vita, the handheld’s lack of actual L2 and R2 triggers severely gimps the experience. Now we have some good news and bad news. The good news is that a third party manufacturer will release a PS Vita case that adds the two triggers. The bad news is that it will only work with the second generation Vita. 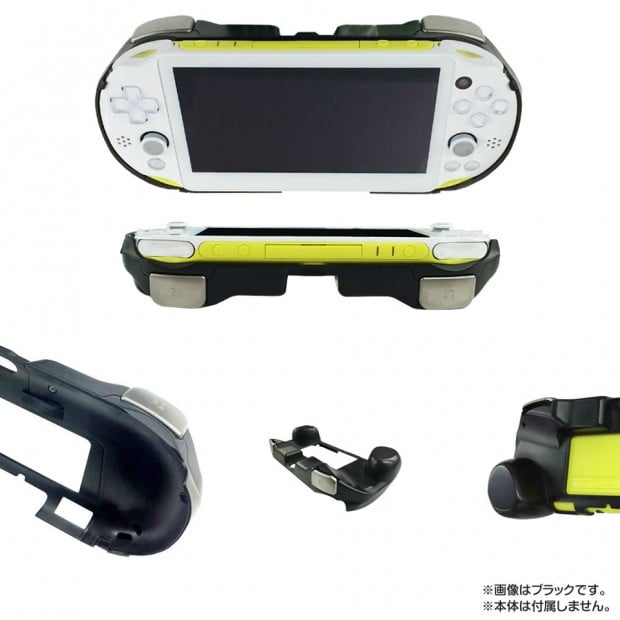 The case, which is made by Joetsu Denshi Kogyo, will be available in Japan this April for about $25 (USD). From the images on Rakuten it appears that the case uses a mechanical solution. The L2 and R2 triggers seem to be connected to buttons that tap the rear touch pad on the appropriate spots, a solution so simple you’d think Sony would have come up with it when the handheld first launched.

Sony, in case it wasn’t obvious enough this accessory is for customers like me who have at least two of your current products. Come on guys. Show us some love.