Last year we learned about SAM, a newbie-friendly electronics kit that used Bluetooth instead of solder or wires to connect its modules. Mesh is a lot like SAM, only with an even less intimidating presentation. 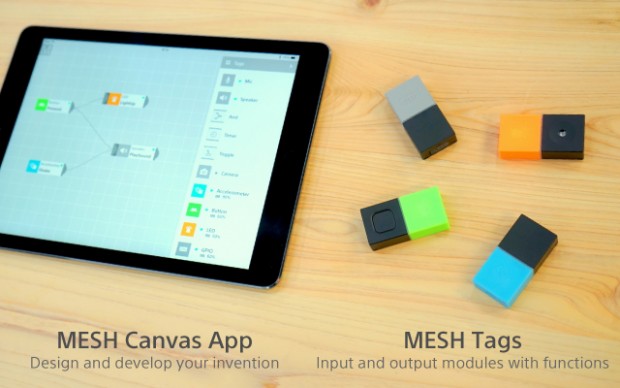 Like SAM, Mesh modules or “tags” use Bluetooth to communicate with each other and with the programming interface. When it launches, Mesh will only have four tags: a button, an LED, an accelerometer and one for GPIO. But its makers already have plans for lots of other tags , such as IR receivers, motors and different kinds of sensors. 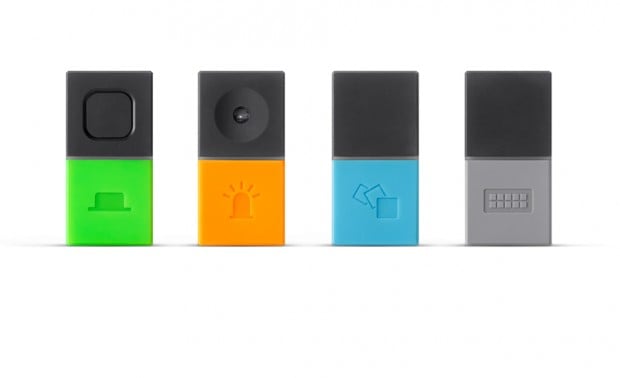 SAM has a hybrid desktop programming interface that combined traditional coding with a drag-and-drop UI. Mesh on the other hand uses only the latter, and its app is only for the iPad. To its credit, the app seems foolproof – it has big buttons and a simple layout – while still offering some room for growth. Mesh will release an SDK for writing custom software tags in JavaScript. 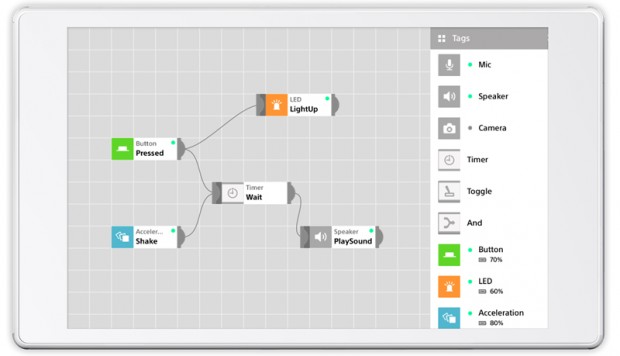 With just a small number of tags and an iOS-only app, it’s clear that Mesh is banking on its user-friendliness, or at least for its first few years.

Overall I think SAM was more fully-fleshed out and versatile when it launched, but with the iPad’s popularity I wouldn’t be surprised if Mesh finds a niche. Pledge at least $105 (USD) on Indiegogo to receive a Mesh kit as a reward.