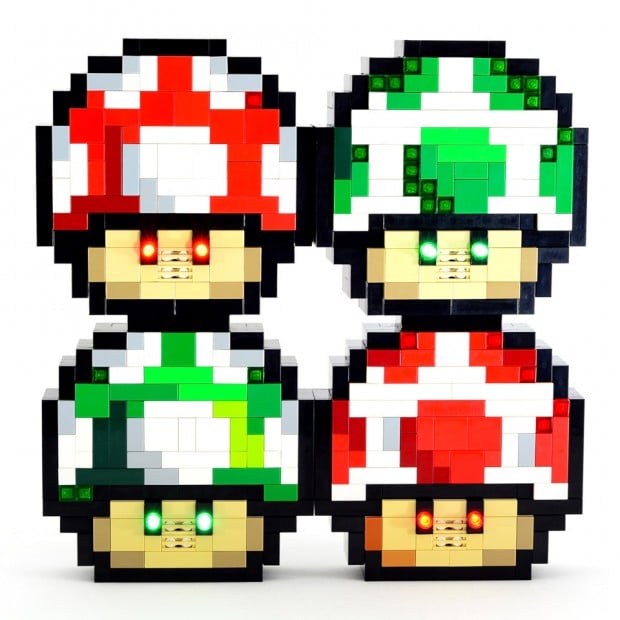 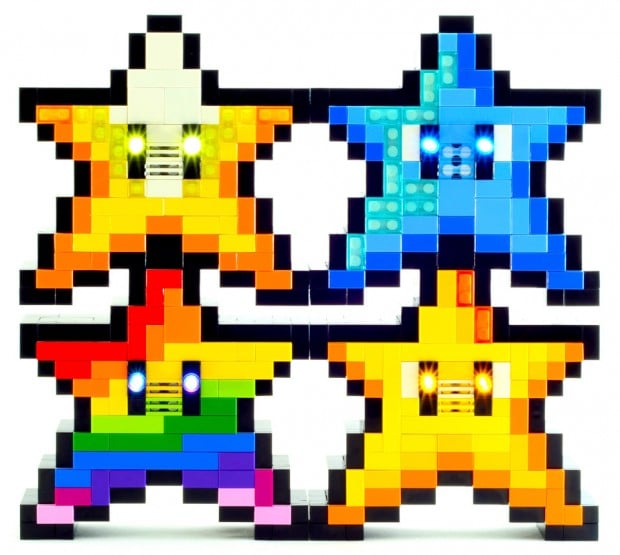 These colorful LEGO Mushrooms and Starmen were each made with electronic circuits inside so they can light up and play music from the classic Nintendo franchise. He even made it so the LEDs blink in sequence with the music. 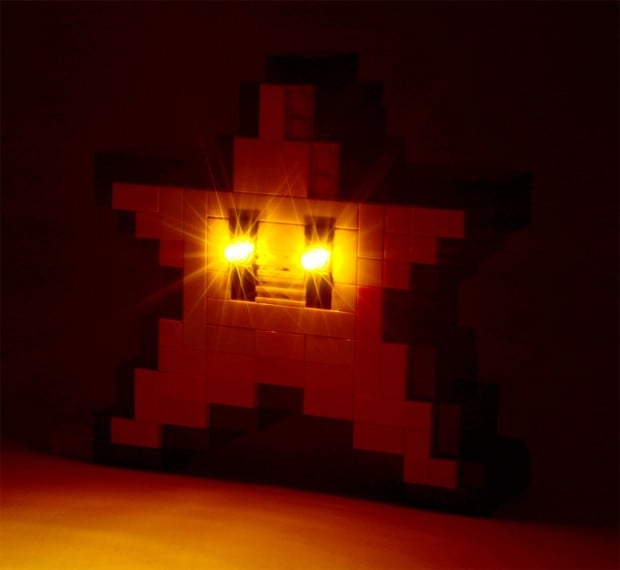 You can check ’em out in action in the video clips below:

Best of all, you can build these for yourself if you’re feeling adventurous. Baron has posted build instructions for both the Invincibility Starmen and Mushrooms over on Instructables.