All I know about bees I learned from three sources. I watch lots of Elementary and Sherlock, which seem to talk about bees quite a bit. I also watched Bee Movie and learned a lot from Seinfeld, namely that honey theft is a serious crime. My cousin also had been hives growing up and I learned that even when you are wearing a beekeeper suit, you can still get stung. That’s all I really need to know. 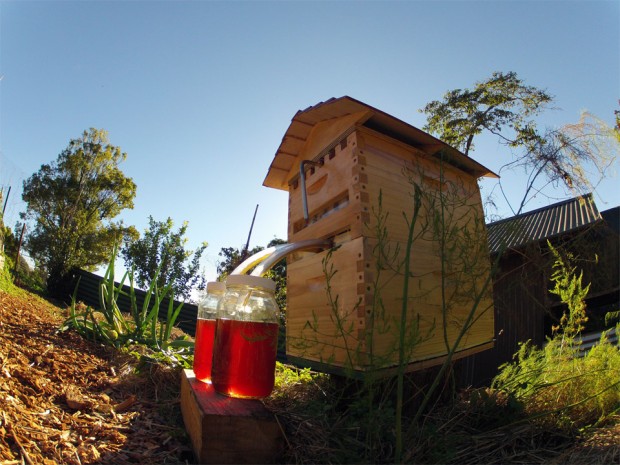 If you like keeping bees a new hive system has turned up on Indiegogo that makes it easy to harvest the honey with minimum effort and stress on you or the bees. The system is called the Flow Hive. When harvest time comes around all you need to do is walk up and turn the crank, and the honey flows out into collection jars. A special system of prefabricated honeycomb structures allows the honey to flow easily with minimal disturbance to the bees. In the past, harvesting involved donning a suit, using smoke, and spinning the honeycomb to get the honey out, so the Flow Hive represents a major improvement in the process.

The Flow Hive crowdfunding project was seeking just $70,000 and has raised nearly $2 million so far, with 42 days left to go. A system will cost you $350 if you want to get in on the beekeeping action.